While fears that the eurozone might break asunder as a result of its debt diminished of late, the bloc keeps fighting an uphill battle against unemployment. Jobless figures have hit a new high in the 17-member bloc. 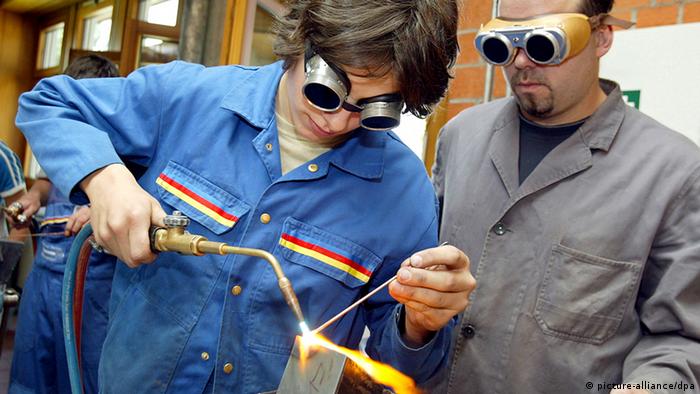 Unemployment in the crisis-stricken eurozone hit a new high in November, fresh data from the European Union's statistics agency, Eurostat, revealed on Tuesday.

Altogether 18.8 million people were out of work in the 17-member bloc in November, with 113,000 more joining the jobless ranks, if compared with levels reached in the previous month. The jobless rate in the euro area thus reached a record 11.8 percent.

Two of the countries hardest hit by the debt crisis, Greece and Spain, continued to log the worst figures, with overall unemployment around 26 percent and youth joblessness reaching a staggering 56 percent.

Some 3.7 million people under the age of 25 were unemployed in the eurozone in November, putting the youth jobless rate in the bloc at 24.4 percent.

The Eurostat figures illustrated the daunting task facing political leaders to repair the region's economies and strike the right balance between budget consolidation and growth incentives.

In the wider 27-member European Union, the unemployment rate remained unchanged at 10.7 percent in November, meaning that more than 26 million people were out of work.