European Union Pushes for Self-Extinguishing Cigarettes | Europe| News and current affairs from around the continent | DW | 05.08.2008

Smoking bans aren't the only thing on the EU's cigarette agenda. The bloc wants to see the tobacco industry develop products that go out if they're not being smoked -- it's not at all a new idea. 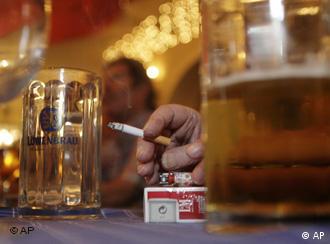 Now, if they can just develop beer that makes you sober

Brussels says a new generation of cigarettes could dramatically reduce the number of deaths by fires.

"By introducing self-extinguishing cigarettes, at least 2,000 lives could be saved in the EU each year," the bloc's Commissioner for Consumer Affairs told German newspaper Die Welt.

The German Fire Departments' Association was quick to greet the initiatives, saying some 200 of the 600 people who die by fire in Germany each year are killed by flames originally caused by smoldering butts.

"If the self-extinguishing cigarette can contribute to reducing this number, its introduction has to be seen positively," association spokeswoman Silvia Darmstaedter told DW-WORLD.DE.

A spokesman for the EU Standardization Commission also told reporters he thought that "fire-safe" cigs could be made mandatory by the year 2011. 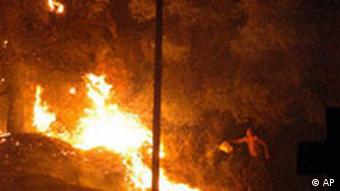 The new cigs could help reduce forest fires throughout Europe

Self-extinguishing cigarettes draw on a technology that developers, presumably with a sense of humor, call reduced ignition propensity -- or RIP. Bands of cellulose or alginate are put into the cigarette paper so that the burning tobacco goes out if not puffed on.

The concept has been kicking around for quite some time. Patents for self-extinguishing cigarettes were granted in the 1930s.

American cigarette makers Philip Morris and RJ Reynolds developed "fire-safe" models in the 1980s but did not, in general, market them.

"What is very important is that consumers should understand that those changes do not make fire-safe or even fire-safer cigarettes," Elfriede Buben, External Communications Manager for Philip Morris Germany, told DW-Radio. "Anything that burns, if handled carelessly, can cause a fire."

Several American states, including New York, Massachusetts and California limit the sale of cigarettes to RIP models. Now the EU could follow their lead. 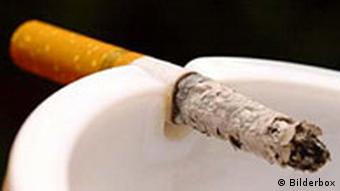 The industry has prefered to make cigarettes that continue burning

It is questionable whether technology and legislation are needed to solve the problem. As smokers know, cigars, pipe tobacco and hand-rolled cigarettes tend to go out on their own.

"The elimination of burning agents in cigarette paper would be a simple and effective means of dramatically reducing the ignition propensity of cigarettes," wrote Simon Chapman, a professor of public health at the University Sydney, in a 2004 Australian medical journal.

But if self-extinguishing cigarettes do become the mandatory EU norm, smokers may benefit financially.

After all a cigarette that burns down to the filter has to be replaced -- whereas one that goes out on its own can always be relit.

German states can ban smoking, but they can't allow for smoking in large restaurants while banning it in corner bars, Germany's Constitutional Court ruled on Wednesday. (30.07.2008)