British authorities believe a horse medication may have entered the food chain in France. The growing horsemeat has caused supermarkets across Europe to pull food products from their shelves. 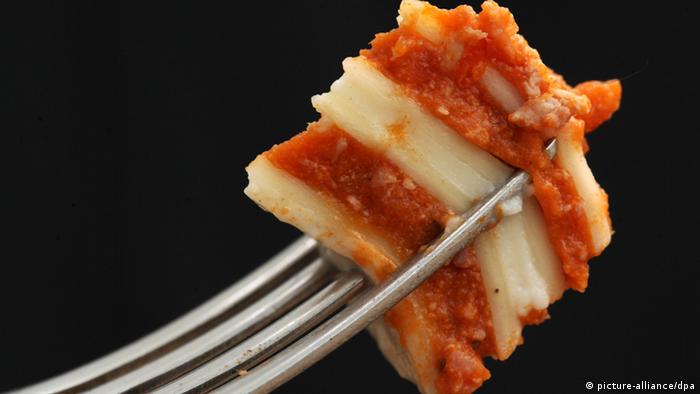 Britain's environment minister, David Heath, told the House of Commons on Thursday that the carcasses of eight horses from British abattoirs had tested positive for bute, or phenylbutazone.

Phenylbutazone is a painkiller and anti-inflammatory drug commonly used on horses but it is generally considered to be harmful if eaten by humans.

However, England's chief medical officer, Sally Davies said it was occasionally prescribed to patients suffering from severe arthritis. She also played down the danger of people becoming ill in the current case.

A food scandal is making headlines across Europe: instead of beef, large amounts of horsemeat ended up in ready-to-eat meals. The EU is discussing the case. (13.02.2013)

"In patients who have been taking phenylbutazone as a medicine, there can be serious side-effects but these are rare. It is extremely unlikely that anyone who has eaten horsemeat containing bute will experience one of these side effects," she said.

The UK environment minister's announcement came a day after the European Union's health commissioner called on the bloc's 27 member states to conduct DNA testing on meat products to determine whether they contain horsemeat.

"No one has the right to label as beef something that is not beef," he said. "Someone will be held responsible, even criminally responsible," Tonio Borg said.

Also on Wednesday, the scandal spread to Germany, with the Real supermarket chain saying in a statement that testing had found that lasagna sold under its “Tip” brand had been found to contain "traces of horsemeat." The retailer had already pulled the product from its shelves last Friday as a precaution.

Samples taken in Britain and other countries affected have found much larger quantities of horsemeat in products labled as containing beef.

On Thursday, Germany's consumer minister, Ilse Aigner, called for criminal investigators to take up the case.

"We are apparently dealing with a unique case of consumer deception," she said in an interview with German public television. "Therefore this scandal is not just a case for the food safety agencies, but also clearly for the police and justice system."