A European court has ruled that an existing EU guideline on the marketing of seeds cannot categorically prevent independent farmers from trading in non-approved seeds. But the repercussions are not yet clear. 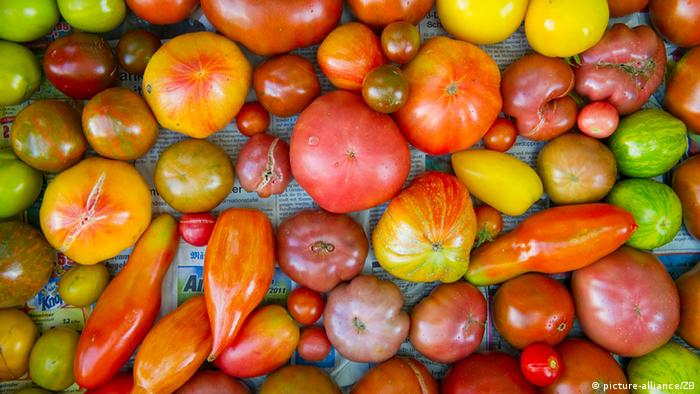 The European Court of Justice on Thursday ruled that farmers on the continent are allowed under restricted circumstances to both produce and market seeds from plant varieties that are not officially registered and approved.

The Luxembourg-based judges found that the production and sale of such seeds could not be categorically prohibited on the basis of an existing EU guideline on seed registering. French industrial seed producer Graines Baumax had taken the domestic farmers' network Kokopelli to court, because it considered as illegal the latter's marketing of 461 seeds which were not officially catalogued.

The court ruling was interpreted differently by the parties concerned. For some it meant a defeat for huge agricultural industry companies such as Monsanta, Syngenta or Bayer which already control 67 percent of the global trade in seeds. Germany's Consumer Protection Ministry said it welcomed the ruling, adding it was one "in favor of biodiversity and consumers." Germany's BUND environmental pressure group commented the court had "put a spoke in the agriculture industry's wheel."

But the plaintiffs also claimed the ruling was a success, because the court had upheld the existing restrictions in seed trade and only allowed a small number of exceptions. This is why a cross-order campaign for seed sovereignty wasn't happy about the outcome. "The ruling only cements the patronization of the seed industry," it said in a statement.

Patents on seeds registered by big enterprises have seen smaller farms in Europe and elsewhere getting more and more dependent. By using only officially approved seeds from such mega firms, farmers have had to use much more fertilizers and pesticides to get decent harvests, meaning that they usually spend five times as much on those as on the seeds themselves.

The European Court of Justice indicated that procedures to officially register seeds were currently so expensive that independent farms simply couldn't afford them.