Europe Likes the Sound of Bush

European politicians like the soothing words on Iran they heard in President George W. Bush's State of the Union Address on Wednesday. But in other areas, the two sides remain far apart. 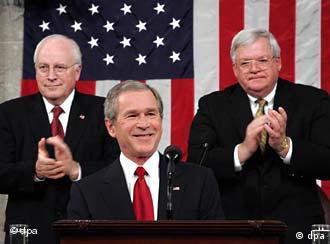 The sentence European diplomats were waiting for came two-thirds of the way into Bush's speech.

"We are working with our European allies to make clear to the Iranian regime that it must give up its uranium enrichment program," he told Congressional members and guests during Wednesday night's speech.

The statement and Bush's stated effort to emphasize building coalitions in his second term at least temporarily smoothed feathers ruffled by Washington's hardline stance on Iran. 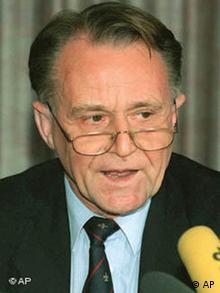 "The President ... expressly mentioned the willingness to cooperate, and that's a good foundation," he said.

Rice's visit to Berlin on Feb. 8, and Bush's meeting with EU leaders and with Chancellor Gerhard Schröder in Mainz at the end of the month, is being seen as more evidence that the unilateral attitude that marked Bush's first term might be mellowing.

"I'm sure that we'll be able to build a solid foundation with the new Administration," said Jose Barroso, the president of the European Commission, in a recent press conference.

For all the hope, there are some marked differences in the way the EU and the US intend to approach several foreign policy tangles.

Whereas the European Union favors cooperation agreements and diplomacy in dealing with Syria, Washington's rhetoric is more aggressive. In his speech, Bush mentioned the Syrian Accountability Act, passed by Congress, which will press Syria into flushing out terrorists "who seek to destroy every chance of peace in the region." 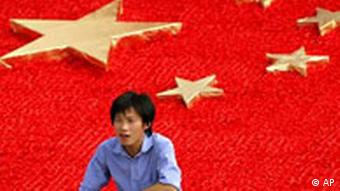 In China, the EU -- dazzled by the world's biggest market -- has gone on a friendly course, offering to lift its arms embargo. The US sees the move as potentially dangerous for Taiwan, which still enjoys America's support against a Chinese takeover.

The EU is also interested in normalizing its relations with Cuba, something Washington is strictly against.

And in Sudan, the European Union looks willing to support a recent United Nations report that doesn't call the humanitarian crisis in the Central African country genocide, but recommends filing a suit before the international court in the Hague. America, which wants the attacks carried out by Arab militias on the region's black population called genocide, doesn't recognize the court.

"There is a moment of peace that we need to use," said Javier Solana, the European Union's foreign policy chief on Monday. 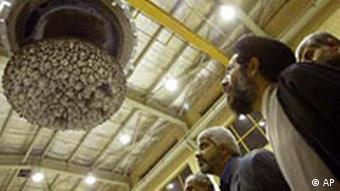 Politicians hope that the spirit of dialogue and diplomacy in the Israel-Palestinian conflict will extend to Iran.

"I think America has realized that although they may be able to still win a war alone, they can't win the peace and that the problems in this world are so large that one needs partners," said Volker Rühe, chairman of the parliamentary foreign relations committee.

Rice to Prepare Germany for Bush

Far from ignoring Germany as she once famously suggested, US Secretary of State Condoleezza Rice will discuss the war in Iraq and tensions with Iran in Berlin on Friday ahead of her boss's visit later this month. (Feb. 3, 2005)

German Chancellor Schröder on Friday urged Iran to completely renounce military use of nuclear power, but emphatically ruled out the use of force to ensure that Iran complies with international demands. (Jan. 28, 2005)