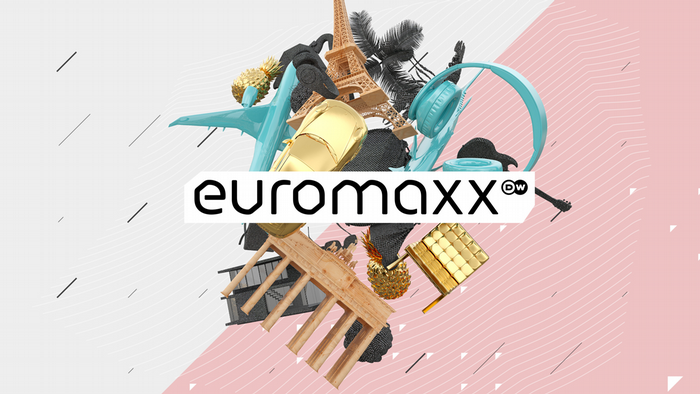 Euromaxx reports on Europe with powerful images and exciting stories: architecture and adventure, cultural and culinary explorations, land and lifestyle, modern fashion and music, big names and big events. The TV magazine presents this diversity once a week: 26 minutes packed with interesting reports and portraits. All across Europe, Euromaxx tracks down extraordinary topics and surprises its viewers regularly with captivating stories. Euromaxx is television fare for connoisseurs!

Euromaxx comes to you right from the heart of Germany's capital. We broadcast our magazine from a state-of-the-art studio in Berlin using the latest design trends and innovations in a blend of real-life settings and augmented reality.

Euromaxx made DW the very first TV broadcaster to produce a full-fledged TV magazine reporting on lifestyle and culture in Europe. Through it, Germany's international broadcaster shows viewers the world over a modern Germany as part of a Europe growing together and emphasizes yet again its role as a mediator and facilitator of international dialogue. Euromaxx is produced in German, English, Spanish and Arabic.

Euromaxx has won numerous international television awards. In 2017, the program's design concept received the prestigious Red Dot Award as well as an honor from the German Design Award.

Previously, the program had won the Hot Bird TV Award in Venice and several accolades at the New York Festivals, the WorldFest in Houston and the WorldMediaFestival in Hamburg.

On the social networks, Euromaxx continues to offer engaging content and inspiring stories: web videos, photo galleries, cartoons and live videos can be viewed on Facebook under “DW-Euromaxx“ facebook.com/dw.euromaxx  and on Instagram under “dw_euromaxx“. In addition, the English-language YouTube channel “DW Euromaxx“  provides yet more stories and exciting reports available for viewing on demand any time.

The Deutsche Welle television lineup focuses on news and information and goes out worldwide by satellite and through partner stations. It's picked up by cable networks and hotels. The programming may be called up as livestream and video-on-demand.