EU Urged to Do More to Protect Young People from Alcohol | Europe | News and current affairs from around the continent | DW | 24.10.2006

European Union countries were urged on Tuesday to do more to protect young people from the dangers of drinking too much alcohol, which is linked to a quarter of the deaths of young men in the bloc. 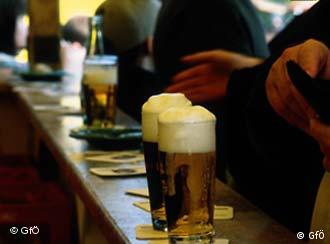 200,000 people die in the EU every year from excessive alcohol consumption

In a text prepared for two years under intense industry lobby pressure, the European Commission urged the 25 nations to better combat deaths caused by binge and under-age drinking, drunk driving and drinking during pregnancy. 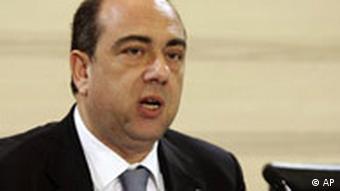 Kyprianou said he sees alcoholism as a threat to public health

"The commission is not aiming at moderate alcohol consumption," he said.

The EU remains the heaviest drinking region in the world, with 55 million adults estimated to drink at harmful levels.

"Binge drinking is the big problem of the European Union," Kyprianou said. "Overall, there are fewer people who drink, but those who drink, drink more."

Taking into account Europe's wide cultural differences when it comes to alcohol, the EU's executive arm listed a number of areas of concern and laid out a strategy to target them through to 2012.

"Harmful and hazardous alcohol consumption is a key health determinant and one of the main causes of premature death and avoidable disease," the commission said in its document.

"Young people in the EU are particularly at risk, as over 10 percent of female mortality and around 25 percent of male mortality in the 15-29 age group is related to hazardous alcohol consumption," it said. "The proportion of youth and young adults with harmful and hazardous consumption patterns has increased in many member states over the last 10 years." 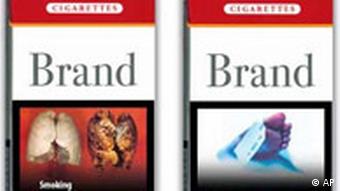 There will be no EU-wide warning labels for alcoholic beverages

The document called on the alcohol beverage and retail industry to ensure that alcoholic drinks are consumed responsibly, particularly by young people, for example by reducing "two-drinks-for-one" offers.

It placed a premium on education, noting that lifestyle choices at a young age have a widespread affect on health as an adult, and urged a better use of media awareness campaigns.

But the document was a watered-down version of the commission's ambitions in 2004. It also stepped back from recommendations made in a study it paid for that urged EU countries to put warning labels on bottles containing alcohol.

"I am surprised by the aggressiveness with which one part of the alcohol industry lobbied against our strategy," Kyprianou said. 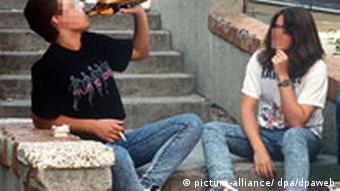 The commission now suggests that the EU "explore" whether it would be useful to come up with a common approach "to provide adequate consumer information."

"There's nothing left in it but air," said German parliamentarian and consumer protection expert Dagmar Roth-Behrend.

"Once again, the commission has wasted a lot of work, a lot of money and a lot of time to come up with a document that has nothing concrete in it," she said at the European Parliament in Strasbourg.

The strategy communication document made no attempt to explain what it meant by "hazardous alcohol consumption" nor did it say how many glasses of a beverage would constitute too many.

While still targeting smoking, European Union's public health commissioner is considering adding alcohol to the list of vices the bloc should clamp down on. (10.09.2006)

The month of the World Cup has aggravated the problem of heavy drinking throughout Europe. Germany's drug commissioner says all the alcohol advertising doesn't help -- and could be hurting kids. (27.06.2006)