Despite resistance from Germany, the European Union has decided to fill out the Galileo satellite navigation project's massive budget gap. The boost breathes new life into the venture. 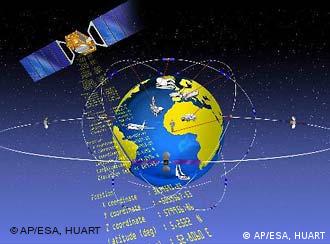 Germany was the only EU member state on Friday, Nov. 23, to vote against the bloc's proposal to contribute an additional 2.4 billion euros ($3.56 billion) to the Galileo project, which is intended to serve as a civilian alternative to the United States' GPS navigation system.

The EU had originally pledged 1 billion euros, with the rest to come from private industry. When the private consortium involved in the satnav project pulled out of the deal last spring, Galileo's future became uncertain. 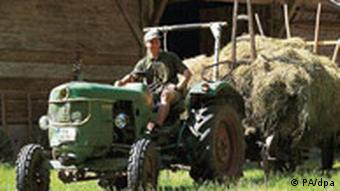 Though 1.6 billion euros are intended to come out of the EU's unused agriculture budget, as suggested by the bloc's Budget Commissioner Dalia Grybauskaite, Germany had feared that, as the EU's biggest financier, it would have to carry up to 500 million euros of the commitment.

"The result [of the vote] is relatively bad," said a spokesman from the ministry of finance in Berlin on Sunday. "But the nature of majorities is that you have to accept them."

Contracts to be granted in variety of sectors

Germany had advocated that the funds come from cuts to other EU research projects and initially had the support of Britain, the Netherlands, Spain and Sweden. When the EU agreed to draw 600 million euros from other scientific endeavors in the bloc, Germany was the only country to maintain resistance to the financing plan. Spain abstained from voting.

The total cost of the satellite project is estimated at 3.4 billion euros and is expected to create over 100,000 new jobs in Europe.

The EU plans to advertise for private bids in at least six different sectors, with no single company receiving a contract in more than two sectors, said European Commission spokeswoman Michele Cercone. The approach was meant to quell German fears that French companies would win control of the essential elements of the projects.

Greater accuracy than US counterpart 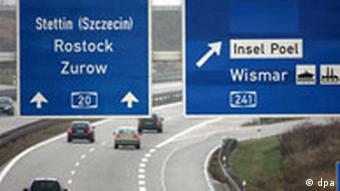 Billed as a way to avoid European dependence on the United States' GPS navigation system, Galileo is to provide greater precision and reliability in located objects within one meter (3.3 feet).

The 30 planned Galileo satellites will be able to warn car drivers of traffic jams and accurately predict delays in the city bus system. The system has also been billed as a way to help rescue workers trace missing persons and by law enforcement officers locate escaped prisoners.

After a five-year delay due to budget uncertainties, Galileo is now slated for completion in 2013.

EU transportation ministers have approved the use of billions of euros in public funds to finance the ailing satellite-navigation system Galileo. (09.06.2007)