EU member states aim to slow growth of budget | Europe | News and current affairs from around the continent | DW | 13.08.2010

European Union national governments slashed nearly four billion euros from a proposed EU budget on Thursday, setting the stage for a heated debate on the bloc's role and how much money it needs to fulfill it. 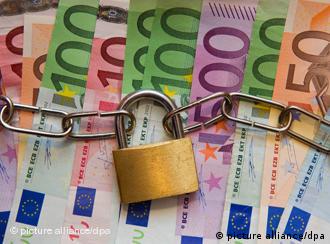 The proposal still increases the budget overall by 2.9 percent

The European Union's executive body has asked for a 5.7 percent budget increase, but the 27 member states footing the bill have proposed a more modest raise, with some states calling for an overall cut instead.

The proposal for the 2011 budget totaled 126.5 billion euros ($162 billion), more than 3.6 billion euros less what had been requested by the European Commission, the bloc's executive body. However the total budget was still a 2.9 increase from the previous year's funding.

The joint statement on the budget cited the tough position many member states are currently in, while maintaining that the more modest budget would ensure "appropriate funding for the priorities of the European Union, in particular economic recovery." 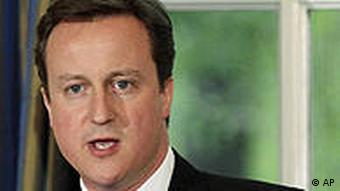 Cameron said the EU budget should be shrinking, not growing

Most of the cuts came from the commission's funding for social projects in poorer regions, as well as investment in turning the EU into a "global player," at a time when the bloc is spending billions in the establishment of a worldwide diplomatic service.

Member states also sought to slow down a pay raise for tens of thousands of EU staff, a topic currently the subject of a lawsuit in the European Court of Justice. The commission had requested a 4.5-percent increase, but governments reduced that to 2.5 percent.

Seven EU members - Austria, the Czech Republic, Denmark, Finland, the Netherlands, Sweden and the United Kingdom - voted against the proposal.

Speaking at a press conference in London on Thursday, British Prime Minister David Cameron said the EU's operating budget should be "reduced rather than increased."

"We cannot ask members of the public to pay more in the UK and have to pay more in Europe as well," Cameron said, vowing to fight budget increases at a summit of EU leaders in Brussels on September 16.

Fight ahead in parliament

Member states, which are represented in the Council of the European Union, the effective upper legislative body, are now to debate the budget proposals with the European Parliament.

"It is not our intention to redo our numbers," Patrizio Fiorilli, spokesman for EU budget chief Janusz Lewandowski, told news agency Agence France-Presse. Instead the commission would hope to win over European legislators in a 21-day reconciliation process to begin on October 26. 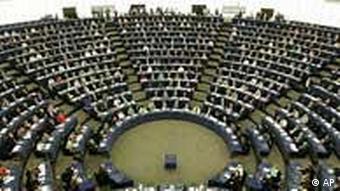 The European Parliament is next to debate the budget

Lewandowski has been under heavy pressure from cash-strapped member states to present a more thrifty version of the EU budget, which many euroskeptics see as little more than a black hole of bureaucracy.

His answer was a proposed long-term reduction in direct contributions from member states totaling 30 to 40 billion euros per year from 2014. The consequent funding gap would be filled by directly taxing EU citizens, or by ending a 26-year-old rebate paid yearly to the United Kingdom because it receives relatively little agricultural subsidies.

The European Commission presented a controversial proposal to check budgets before they are submitted to national parliaments. German Chancellor Angela Merkel says its a good first step, but others say it goes too far. (12.05.2010)

The European Commission is taking EU countries to court over their refusal to approve a raise for EU employees. With budget deficits a problem across the bloc, member nations said the 3.7-percent raise was too high. (06.01.2010)

The European Union's executive body has approved a larger proposed budget for 2010 aimed at promoting economic growth. Almost half of the funds are to be spent on jobs, infrastructure and competitiveness. (29.04.2009)