European legislators have thrown their weight behind plans to completely do away with roaming charges for mobile phone users. In another vote, they also backed a scheme to drastically reduce credit card fees. 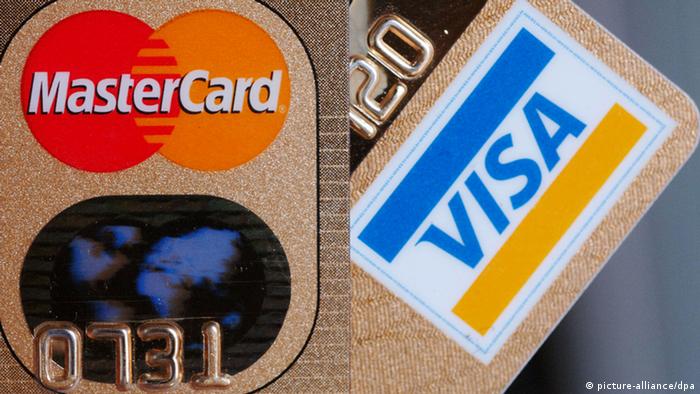 European Parliament lawmakers voted on Thursday in support of a plan to end to roaming fees for mobile phone users in the 28-member bloc from mid-December 2015.

EU member countries were yet to approve the scheme. Should the plan go through according to schedule, operators would no longer be able to charge travelers within the European Union extra for mobile phone calls, text messages and surfing on the Internet.

EU Telecoms Commissioner Neelie Kroes had called the current roaming fee practice a cash cow for the industry. Legislators said that operators' fears that bills could rise domestically to pay for the change were largely unfounded.

Visa and Mastercard in focus

In a separate vote Thursday, European lawmakers backed a plan seeing banks' charge for processing consumers' payments via credit cards capped at 0.3 percent of the transaction value and at a maximum of seven eurocents ($0.1) for debit cards.

That scheme too will have to find the approval of EU member states, with talks on the issue expected to start this summer.

Spanish EU legislator Pablo Zalba, who was responsible for steering the plan through parliament, said if implemented, the change would save consumers hundreds of millions of euros.

"If the draft bill comes into force, people will definitely pay less, and as card payments increase in the medium and long term, financial institutions will also receive more income," Zalba commented.

At present, Eastern European consumers are the ones paying the highest credit card fees due to lower market penetration, while Scandinavian clients pay the lowest fees.