European regulators have ruled a French pharmaceutical giant broke EU rules when it bought out competition to protect a best-selling drug. It was the third time authorities penalized firms for "pay-for-delay" deals. 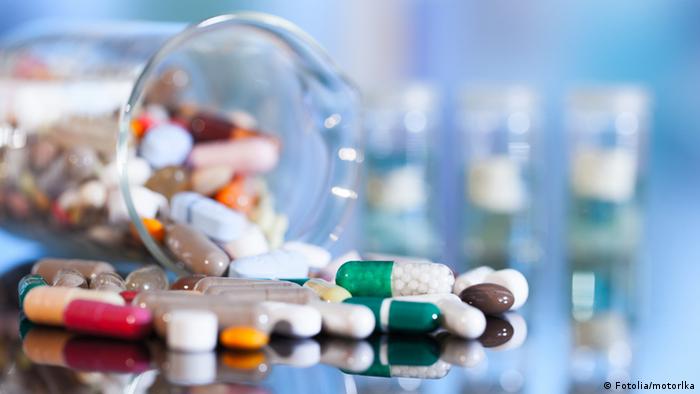 The European Union's antitrust regulator fined French drugmaker Servier and five others 427.7 million euros ($528 million) on Wednesday for paying cheaper generics firms to not come out with rival medicines.

It was the third time the European Commission has imposed penalties against pharmaceutical companies for so-called "pay-for-delay" deals, where brand-name drugmakers pay off competitors to protect their own premium products.

The most recent case saw Servier purchase in 2004 technology needed to produce its best-selling blood pressure medicine after its patent ran out in 2003. A number of generic drugmakers were thereby blocked from coming out with a cheaper option for consumers.

The French company then settled out of court with the generics firms when they filed patent lawsuits.

"Servier had a strategy to systematically buy out any competitive threats to make sure that they stayed out of the market," EU Competition Commissioner Joaquin Almunia said. "Such practices directly harm patients, national health systems and taxpayers."

"Pharmaceutical companies should focus their efforts on innovating and competing rather than attempting to extract extra rents from patients," he added.

While Servier bore the brunt of the fine - 331 million euros - the rest was split up according to the level of involvement of five other companies, which included the world's largest maker of generic drugs, Teva.