EU compromise opens door to free trade talks with the US

EU trade ministers have reached a compromise that will allow the bloc to enter talks with the United States toward a free trade agreement. This came after France received guarantees about its TV and movie industry. 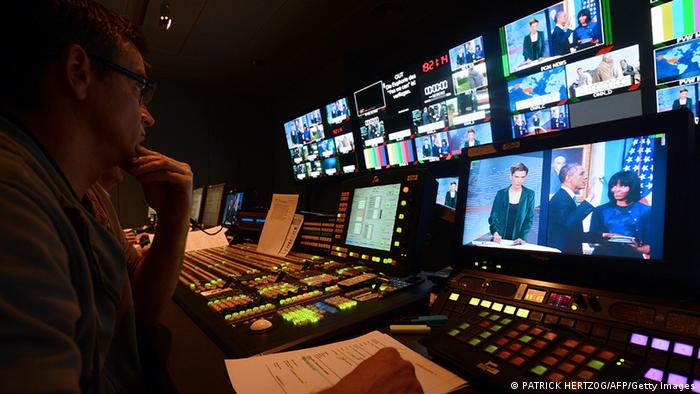 The agreement reached in Luxembourg on Friday includes a guarantee demanded by France that issues relating to its cultural industry will not be on the table - at least not initially.

The clause, which one European Union official described as "not in, not out," also gives the European Commission the right to raise any issue it sees fit during the course of negotiations with the Americans.

Following the negotiations, French Trade Minister Nicole Bricq expressed satisfaction that it was "written clearly in black and white" that cultural issues would be excluded from trans-Atlantic talks. "We are satisfied, but I don't want to call it a victory," she said.

The compromise came after 12 hours of negotiations and only after some of the trade ministers placed phone calls to their respective leaders to get their approval.

The European trade commissioner, Karel De Gucht, didn't appear enthused by the deal when he spoke to reporters.

"I can live with this," De Gucht told a news conference, stressing that the deal was "not a carve out" of certain industries from future negotiations.

With the start of negotiations for a US-EU trade pact approaching, civil society groups are pushing back against a deal they say would undermine public protections. Here are four key concerns. (14.06.2013)

He had earlier warned that completely ruling out any sector would have likely led the US to respond by doing the same for another sector.

"I am going to listen to what my American friends say on this (and) then we can ... ask for additional mandates if necessary," he added.

Germany welcomed the deal, simply because it would allow the negotiations to begin soon.

"Delays would have been the wrong signal, " Economics Minister Phillip Rösler told the AFP news agency.

"For this reason, the compromise reached today is a good result,” he added.

Friday's compromise will allow European leaders and US President Barack Obama to officially launch the talks at next week's G8 summit. The two sides hope to have an agreement in place by the end of 2014.