EU Castigates US Congress Over Bailout Failure | Europe | News and current affairs from around the continent | DW | 30.09.2008

As the US financial crisis continues to unsettle global financial markets, Brussels has said American legislators need to start meeting their obligations. But will the strong words have any effect? 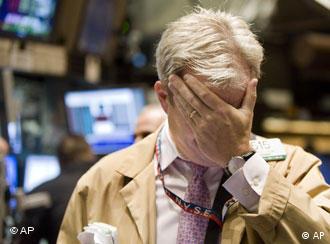 Europe says US lawmakers have to face up to the crisis

In an unusually strong statement, the European Union has called American lawmakers to order for failing to reach agreement on a $700 billion plan to shore up foundering financial institutions and markets.

European Union Trade Commissioner Peter Mandelson said US lawmakers had "taken leave of their senses" in their failure to pass the rescue measure.

"I hope that in Europe we will not see politicians and parliamentarians replicating the sort of irresponsibility and political partisanship that we have seen in Washington," Mandelson said in an interview with the BBC.

German Chancellor Angela Merkel urged the US to support the measure, saying its quick passage "is the precondition for creating new confidence on the markets" and "of incredibly great significance."

The statements came after the US House of Representatives narrowly rejected the bailout plan on Monday, September 29.

The bailout failure was dramatic -- and potentially devastating

Much of the world, as well as the Bush administration, had assumed that representatives would pass the package. But many members of the House from both parties, fearful of repercussions from voters in November's national elections, refused to support it.

Europe as an example? 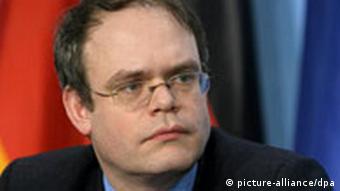 Laitenberger said Washington needs to get its act together

Laitenberger drew a contrast between the lack of a US response and moves taken by European authorities.

"The system is coping, and therefore we can also have confidence that it comes up with the right answer," Laitenberger said.

On Tuesday, the governments of France, Belgium and Luxemburg announced a 6.4-billion-euro ($9.2 billion) financial injection to support Dexia, a retail bank with some 5.5 million customers. As part of the deal, two bosses of that institution stepped down from their posts. 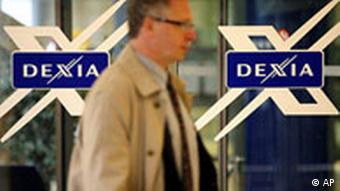 Dexia became the latest European victim of the financial crisis

"All the necessary measures will be taken to preserve the interests of Dexia's depositors," Belgian Prime Minister Yves Leterme said. "Our ambition was to have very strong political involvement in order to send a signal to the markets."

Markets on a knife edge 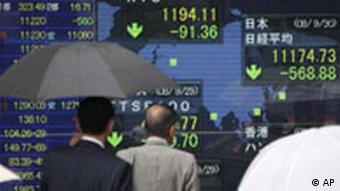 Markets all over the globe are jittery

And Tuesday was another roller-coaster ride for European stock market brokers.

All the major European indexes opened with dramatic losses, as investors expressed their disappointment at the US failure to agree upon the bailout plan.

But markets rebounded during the course of the day amidst hope that US lawmakers would ultimately be forced to intervene to stop the crisis.

The exchanges in London and Paris were up just under two points, while the DAX in Germany posted a modest gain of 0.4 percent.

The European Central Bank auctioned off $50 billion in one-day loans on Tuesday to combat the credit crunch. But experts say such temporary injections of liquidity won't solve the financial crisis. (30.09.2008)

French President Sarkozy was to meet with French banking and insurance chiefs Tuesday as French shares fell for a second consecutive day in the wake of the refusal of the US Congress to approve a finance bail-out. (30.09.2008)

The US-born Crisis has Claimed Victims in Europe