EU Aims to Fight Drug Use with New Action Plan 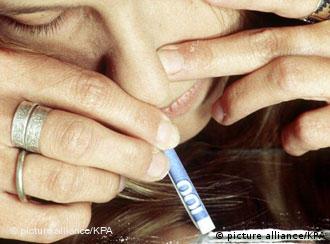 Cocaine is back in style, making the rounds among Europe's youth

Two million people in the European Union are dependent on drugs and roughly 7,500 die every year as a consequence of their addiction – statistics which are reason enough for the EU to fight drug consumption and the spread of drugs.

The European Commission, the bloc's executive arm, announced its new plan on Thursday, Sept. 18, from Brussels. At the center of the new action plan is the development of care and counseling options for drug users, as well as an increase in police and customs controls to combat drug smuggling. 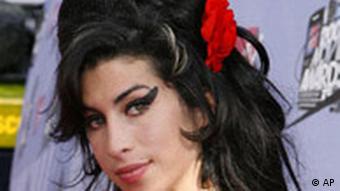 Most people expect to celebrate their 25th birthday, but for others, reaching this age is almost a miracle.

That British soul singer Amy Winehouse just managed to celebrate a quarter of a century is impressive. With her excessive drug and alcohol use, it seems Winehouse has an appetite for self-destruction. The main substance responsible for her downward spiral: cocaine.

Winehouse is a particularly extreme poster girl for the danger that seems to be lurking just around the corner for European youths.

Although the consumption of heroin as well as synthetic drugs has stagnated or even decreased slightly in some countries, according to the newest statistics from the European Monitoring Center for Drugs and Drug Addiction, cocaine hasn't become the number one most fashionable drug in just musician and manager circles.

"We have ascertained a worldwide increase in cocaine consumption that is very worrying," said European Commission Vice-President Jacques Barrot.

Allies in the war on drugs

The UK, France and Spain are seeing this increase particularly in youths between the ages of 15 and 16. And to counteract negative role models like Whinehouse, the Commission also wants to get celebrities to support its campaign against drugs.

"Today I want to call for a European alliance in the struggle against drugs. The goal is to sensitize the population, particularly the youth, but also to make businesses and local public authorities aware of the problem," said Barrot.

"Those who join the alliance commit to taking concrete measures. We also want to incorporate famous personalities to directly address youths." 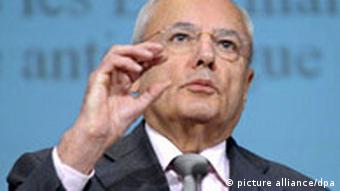 Improved cooperation between the individual EU nations is also at the foreground of the new EU action plan.

"That is our strength -- being able to launch large prevention campaigns on a Europe-wide level. And we are going to do everything we can to get a Europe-wide campaign off the ground," said Barrot.

His other goal is uniform drug legislation across Europe. Barrot also reportedly wants bloc-wide rules against drug use on the road because young people aren't sufficiently aware of the dangerous relationship between drugs and driving.

From the EU commission's perspective, close cooperation between police and customs authorities against drug smuggling is also necessary.

According to data from Barrot, illegal substances are increasingly making it to Europe via the seaway from West Africa.

Authorities frowned upon a Berlin store's interpretation of the term "sugar high." Police have closed the shop after finding candies laced with hallucinogens. (15.09.2008)

Report Clears the Air on European Marijuana Use

Cannabis is the drug of choice in Europe, with 13 million people lighting up each month. A new report by Europe's drug agency EMCDDA aims to debunk misconceptions that persist about the drug. (26.06.2008)