EU and African leaders from 80 states are poised to meet in Brussels for a two-day summit as a deadline for tariff-free trade agreements draws near. Presidents Jacob Zuma and Robert Mugabe are staying away. 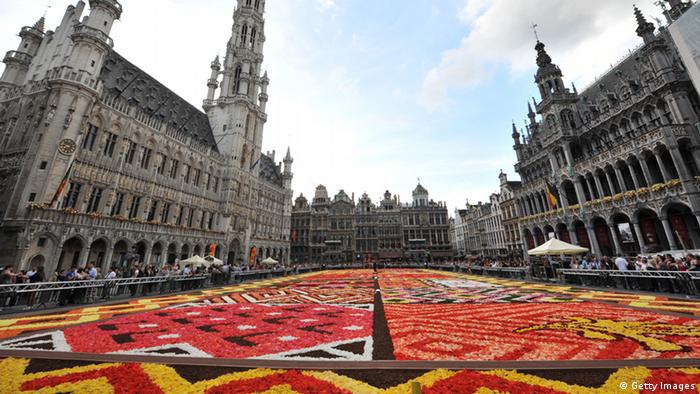 Who will be coming, who will be staying at home? Which African heads of state have been invited and which ones will actually be attending are questions which have dominated media coverage in the run-up to the Africa-EU summit on Wednesday (02.04.2014) and Thursday (03.04.2014) in Brussels. Eritrea has not been invited because of grievous human rights violations. Zimbabwe's controversial leader Robert Mugabe was invited, but says he does not wish to attend because his wife has been denied a visa. South African President Jacob Zuma also announced he would also be staying away because of "other commitments."

Pretoria refused to be drawn on whether Zuma's decision was taken in solidarity with Mugabe.

Yet there is more to this fourth EU-Africa summit than just attendance and appearances. The summit's official theme "Investing in people, prosperity and peace" offers broad scope for speeches and discussions on various subjects. But when addressing the signing of Economic Partnership Agreements (EPA) between the EU and African countries, delegates will find it rather more difficult to avoid issues they may find unpalatable. 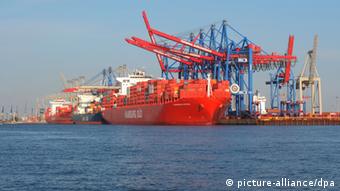 "Since the Doha round in the year 2000, the EU has had an offer on the table - approved by the World Trade Organization - which would give the world's poorest countries, 33 of which are African, tariff-free access to Europe's markets," said Francisco Mari, specialist in trade, agriculture and fisheries at the German development aid organization "Bread for the World." This would include all countries in which per capita income is less than $500 (363 euros) a year. In return, those countries would open up their markets to goods from the EU. The deadline for the deal set by the EU is October 2014. The world's poorest countries have until that date to sign EPAs with the EU which include provisions for tariff-free trade. Otherwise the EU will begin to impose tariffs on goods from those countries. 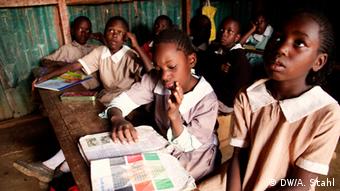 So far only four African countries have ratified this agreement. African governments are nervous about the consequences of opening up their markets to EU goods and have been delaying any decision for as long as possible.

"Politically they really need to push EPAs center-stage," said Jack Mangala, professor of political science and Africa studies at Grand Valley State University in Michigan, USA. "The African heads of state need to be aware of the political consequences of not signing these agreements before the October deadline," he said.

Now that the EU has opened up its markets for development policy reasons, it wants African nations to open up their markets to EU goods. This would give European firms an edge over competitors from elsewhere. "The Europeans obviously want to sell their plant and machinery and spare parts to Africa. And there would be no tariffs, so they would be a better position than the Americans or the Chinese who would face such levies," said Mari.

The EU does not want just a free trade zone for goods with Africa, but also for service industries as well such as banks, insurance companies or consultancies. If tenders were to be invited for the building of a hospital, for example, then companies from all over the EU would be able to bid for the contract. African companies would find it difficult to compete with them. 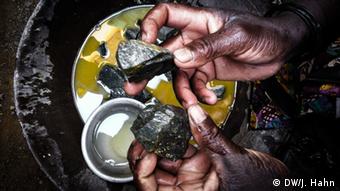 Africa's natural resources are coveted by many

Even though time is running out, a breakthrough is not to be expected at this summit, says Alex Vines, head of the Africa Program at Chatham House, London, UK. "Africa is divided on this issue," he said. The agreement will probably be mentioned in the final communique but the tough negotiating won't start until after the summit.

Mari believes that Africa will adopt a more self-confident posture at this summit, because it is no longer dependent solely on the EU as a partner in development. China, South Korea and the United States are alternatives.

"If one examines the relative strengths of Africa and the EU, then this is clearly not a level playing field and won't be for some time," said Mangala. "But that is at least the objective - to transform the relationship between donor and recipient into one of partnership rooted in equality. We haven't got there yet," he said.

The EU and its 28 member states are the largest donors of development assistance to Africa, spending over 18.5 billion euros in 2012 alone. This was over half of the state support provided worldwide to combat poverty on the continent.

France and the European Union have announced plans to reinforce international peacekeepers in the Central African Republic. Meanwhile, the United Nations has warned that ethnic violence could tear the country apart. (15.02.2014)

Gerd Müller: "For us, Africa is the continent of opportunities"

German Development Minister Gerd Müller has told DW that Africa will remain a main focus of German development cooperation. He would also like to get German businesses to take a stronger interest in the continent. (11.02.2014)

Israel has signed a free trade deal with the United Arab Emirates, its first such agreement with an Arab country.