The city of Essen -- once a mining town, now a service industry center in Germany's multicultural Ruhr region -- has been named a European Capital of Culture for the year 2010. 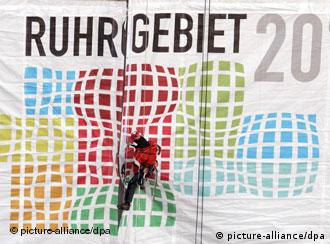 The EU Commission announced on Tuesday that the German city of Essen has won the coveted title "European Capital of Culture" for the year 2010.

"This is a huge day for us," said Essen's mayor Wolfgang Reiniger.

Essen -- an international economic hub in Germany's Ruhr region -- is a multicultural city that transformed itself over time from a mining to a service industry center.

"I am quite certain that we are a Europe in microcosm. And we've made that clear from the very beginning," Reiniger said.

The second largest city in North-Rhine Westphalia, with around 600,000 residents, and the sixth largest city in Germany, Essen competed for the title under the motto "Change through culture -- Culture through change."

One is not enough 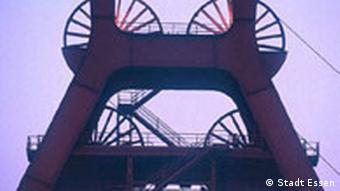 When the European Union grew from 15 to 25 states in 2004, the bloc's culture ministers decided that from 2009 two cities would be annually designated European capital of culture -- one from the old member states and one from the new. This year, Germany and Hungary were competing for the title.

While Hungary had already chosen its candidate, the city of Pecz, Germany chose two finalists, Essen and Görlitz, from the pool of ten candidates and left it up to the EU to make the final decision.

The eastern German city of Görlitz, which lost the race, had applied together with the neighbouring Polish city of Zgorzelec for a symbolic double-title. The mayor of Görlitz, Joachim Paulick, congratulated Essen on its victory, but stressed that Görlitz could boast a moral victory nonetheless.

"By participating in this competition as a European city Görlitz/Zgorzelec, we have captured worldwide attention," Paulick said. 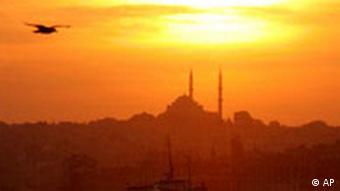 Istanbul will be the last non-EU cultural capital

In a non-EU category, Turkish capital Istanbul was chosen over Ukrainian capital Kiev.

Since 2005, non-EU countries have been entitled to take part in the pan-European cultural project. Istanbul will be, however, the last non-EU city to carry the title.

"We will continue with similar monthly events but a year-long program is very costly and hard to advertise and organize," said Christa Prets, Austrian member of the European parliament.

"Plus, the prominence of such an event would be naturally decreased if there were too many cultural capitals at the same time," Prets said.

The idea behind the quintessentially European distinction stems from a 1985 proposal by the Greek cultural minister, Melina Merkouri, who saw it as a way to open up various aspects of European culture to the public at large. Each year, different cities take center stage and offer year-round cultural programming to show off its native talents to a European audience.

European capitals of culture receive substantial EU funds which they can use to restore city centers and finance cultural programs. In Germany, the winners also receive state and federal funds.

The towns of Görlitz in the East and Essen in the West are competing to be named European capital of culture in 2010, when it's Germany's turn to stand in the spotlight. (Jan. 4, 2006)

Essen's motto for the European Cultural Capital bid is “Change through culture -- Culture through change.” For a city that has undergone many changes in its history, it is an apt slogan.(Jan. 3, 2006)

Two very different German cities -- Görlitz and Essen -- have been chosen as finalists from among 10 hopefuls to compete for the title "European Capital of Culture" in 2010. (March 11, 2005)