Learn a funny, quirky German word each week with DW's Word of the Week feature. This week: Erbsenzaehler. 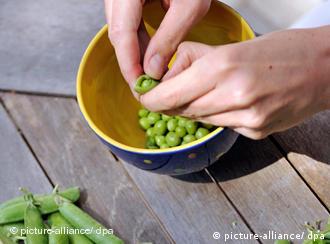 Nitpicking and pedantic - in a nutshell, the attributes of an "Erbsenzaehler" (literally, pea counter). They are control freaks, obsessed with the smallest details. Some say the term goes back to Karl Baedeker, a 19th-century German publisher who set the standard for tourist guidebooks. One day in 1847, when visiting Milan Cathedral, Baedeker was observed dropping a pea at every 20 steps on the staircase, all the way to the top, so that he could accurately report the number of steps. The publisher's known penchant for tiny details prompted the line in Jacques Offenbach's operetta "La Vie Parisienne": "Kings and governments may err, but never Mr. Baedeker."