A ministry spokesman vigorously rejected an insinuation in a major newspaper report that funds paid to the foundation had anything to do with the US election. The money is being used for global environmental projects. 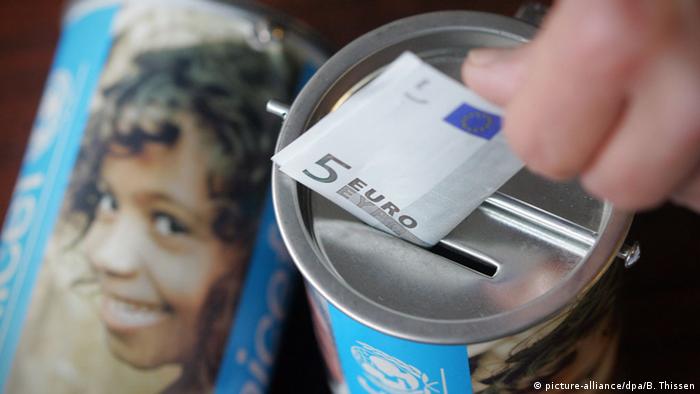 The Clinton Foundation has raised some $2 billion and helped millions of people since it opened in 2001. But Donald Trump called the organization wildly corrupt and accused the Clintons of using it to enrich themselves. (22.08.2016)

Clinton foundation to put halt to foreign and corporate donations

The Clintons' foundation will stop accepting foreign and corporate donations if she is elected president. The future of the Clinton Foundation has been a key question shadowing the Clinton campaign. (19.08.2016)

Germany's Environment Ministry is providing 4.5 million euros ($4.8 million) over the span of five years to support two projects associated with the Clinton Climate Initiative, part of the Clinton Foundation. The ministry is named on the foundation's list of donors - reason enough for the newspaper Die Welt to broach the idea of "accusations" that it had tried to "intervene" in the US election.

"We haven't made any donations and certainly not to the Clinton Foundation," Haufe said. "The whole thing is part of the International Climate Initiative, which is carrying out various projects worldwide to help other countries protect the environment. And the amounts involved are no secret. They're freely available (on the initiative's home page). The Clinton Foundation is one of our partners here."

Money was transferred from Germany to the United States in the third quarter of 2016 in the run-up to the US election, but the ministry pointed out that it was part of long-term environmental support agreements.

"The decision wasn't made during the US election," Haufe said with visible irritation. "We're talking here about projects with a duration of 2014 to 2018. They were approved well before the election, several years before it in fact."

The foundation became a hot-button issue during the US presidential campaign, with Republican candidate Donald Trump accusing Hillary Clinton of corruption in conjunction with her family's private charitable organization. Some of that heat seems to have seeped over into Die Welt's report. 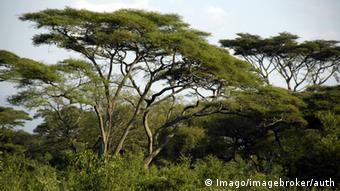 The money is earmarked for things like regenerating African forests

Christoph Bals, the political director of the Bonn-based NGO Germanwatch, points out that, as a government body, the Environment Ministry can only fund projects and isn't allowed to make donations. That fact, he says, reduces the credibility of the accusations indirectly leveled by Die Welt.

"They're not just blown out of proportion - they're false," Bals told DW. "If false statements like the idea of a donation being made to the Clinton Foundation, although the ministry explicitly denied it, are put forward, I think it shows that the accusations shouldn't be taken seriously."

Hartmut Bäumer, the deputy chairman of the German chapter of the anti-corruption organization Transparency International, sees no evidence of any attempt to buy influence, but says the Clinton Foundation listed the money from Berlin in the wrong fashion.

"It's misleading when a payment by a government ministry earmarked for a specific purpose, the financing of a climate protection project, appears in what seems to be a list of donors to a foundation," Bäumer told DW. "In the first instance, that's a problem at the foundation. But in future the Environment Ministry should ensure that payments are correctly listed before releasing funds." 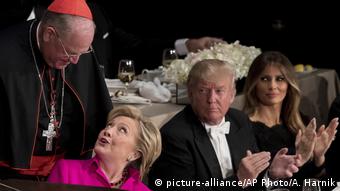 The projects in question concern the recovery of forests and land in eastern Africa, El Salvador, Vietnam and India. The Clinton Foundation generally receives high marks from charity watchdog organizations, although the discussion surrounding the body is intensely partisan. The foundation receives funds from a very diverse list of entities and individuals, including ExxonMobil, Monsanto, Steven Spielberg and professional golf's PGA Tour. In the past, it has also received support from the Donald J Trump Foundation and individual Trump family members.

Conversely, would-be beneficiaries of the German Environment Ministry's International Climate Initiative have to prevail in an open-competition screening process.

"Any state or charitable organization can apply for support from the International Climate Initiative," Bals said. "The applications are evaluated and ranked, and the best ones then receive support. There's no principle that financial support should be allocated via such foundations, but there's no principle that it shouldn't be either."

"The Clinton Foundation's project in eastern Africa was selected in 2013 because it was judged to be a good supplement for the German government's developmental work," a statement from the Environment Ministry read.

Germany's isn't the only government to support Clinton Foundation projects. According to the foundation website, Australia and Norway have joined Germany in supporting the organization's forestry program, whose stated goal is "to provide developing countries with the knowledge and tools to improve land use while helping to reduce carbon emissions by planting trees, improving farming practices and building carbon-measurement systems."

The Environment Ministry insists that it monitors all International Climate Initiative projects to ensure effectiveness.

"The experiences we've had with the Clinton Foundation have thus far been positive, and our evaluation of how the project has been going hasn't yielded any objections," the ministry's statement read.