Analog photo-booths have popped up at a number of locations around Berlin and, through a network of family friends, spread to many parts of Germany and other European capitals. 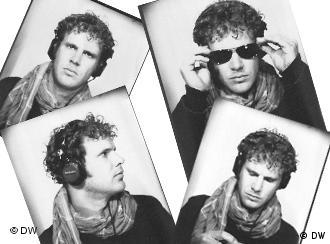 Yesterday's technology can be tomorrow's new business idea. That's the principle underpinning the resurrection of the old-school photo-booth - or Photoautomat as it's known in German - throughout Berlin and cities further afield such as Paris, London and Vienna.

The coin-operated booths use an old photographic technique that captures the subject's image directly on photographic paper without using any film, which means each photo is one-of-a-kind.

The black and white photos come in strips of four, cost two euros each and are processed within a few minutes, by a mechanism hidden in the body of the booth.

Many photo-booth fans like to experiment with accessories and poses

The photographic quality of the booths can be variable but photo-booth movement co-founder Ole Kretschmann believes that users don't mind and appreciate each unique image.

"People really appreciate our project, putting the booths into public spaces and making photos available for a very low price," said Kretschmann, "but the quality does change - we are not perfect."

Maintenance is a labor of love

Kretschmann and his collaborator Asger Doenst face many challenges in keeping the photo-booths operational and clean as they stand out in city streets in all sorts of weather.

"It's a lot work actually, to keep them running, to repair all the stuff that's sometimes broken and also to keep it clean," explained Doenst, "especially in Berlin where there's a lot of graffiti and lot of vandalism."

Most Berlin photo-booths are set up in public places

The duo began collecting the photo-booth machines in 2003 after they saw one in use in Switzerland. Since then, they have collected many booths and spare parts from around Europe to keep their operation running.

Some of the machines purchased in Spain were 40 or 50 years old and had been out of service for many years, so Kretschmann and Doenst had to learn how their mechanisms worked by trial and error.

They also rely on a network of family and friends to service and maintain the machines.

"We do visit the booths more way more often than once a week," said Kretschmann. "This is a 24 hour job, which we share. We split up the weeks and take shifts day by day." 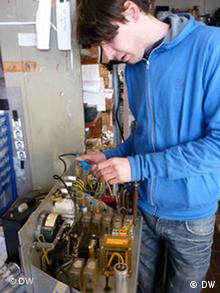 Photo-booths require a lot of maintenance

However, it's not all hard work and sacrifice in keeping the old photo-booths running.

The analog technology is particularly popular among young people, who grew up with digital cameras and computer airbrushing. As a result, there is demand for the machines from event organizers and party promoters.

This perception is a marketable commodity and photo-booths can be hired for such events at 1,000 euros for a night.

With new spaces for the public booths becoming hard to find in Berlin, Kretschmann and Doenst recently hired out a shop-front in Prenzlauer Berg, in the city's north-east, and installed a photo-booth inside to introduce their concept to a new crowd.

As large as life

Finding the special photographic paper for the photo-booths was also a challenge but it brought them into contact with an artist also reviving an old technology.

Susanna Kraus has revived a special camera and technique pioneered by her father in the 1970s which is itself a giant photo-booth.

The huge camera called the Imago1:1, which takes full sized portraits on a 1-to-1 scale, was once considered a hit when it toured Germany more than 30 years ago. 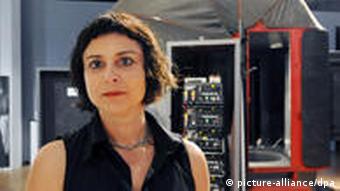 Acting almost on a whim, Kraus decided to dig the camera out of storage and get it working again to produce black and white, life-sized portraits.

Working from a studio space adjacent to the photo-booth duo, Kraus charges 300 euros for her portraits and has built a profitable business from her endeavor. She has plans to take the camera on an international tour and exhibit these true life portraits.

Kraus believes that the old photographic processes play a special role in capturing people as they truly appear. "You know that when you have this that nothing is changed, you can trust your eyes on these photos," said Kraus.

So while many businesses turn to new ideas and technology to increase their bottom line, there are still opportunities to build on ideas from the past too.