England hit by more rain as it deals with widespread flooding

Heavy rains have again hit south west England as a winter storm moves northward. The country has been hit with the heaviest rainfall in 250 years, causing widespread flooding in the south west and near London. 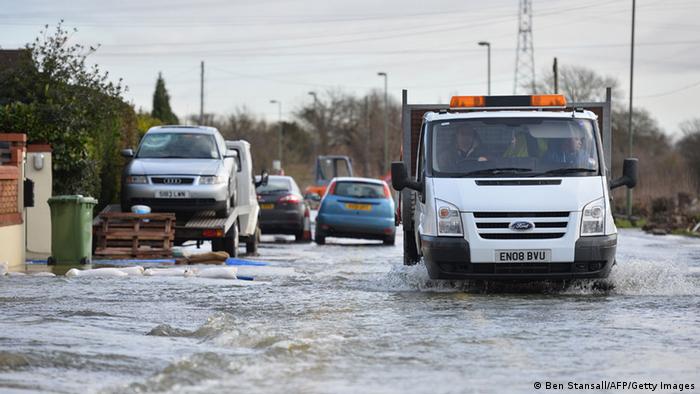 Another Atlantic storm has hit the south west coast of England and started to move up through northern regions according to the Met Office. Severe weather warnings were in place Friday for much of the United Kingdom. The Met Office projected up to 40 mm (1.6 inches) of rain - which would usually fall in one month - could fall within roughly six hours on Friday.

Prime Minister David Cameron announced that he would seek financial relief from the European Union for Britain.

"There is assistance that we are seeking from the EU," Cameron he said. "Some of the money I'm making available for Britain's farmers comes out of an EU budget."

He also indicated that he was seeking "expertise" from nations within the 28-member bloc, particularly from the Netherlands.

Bank of England Governor Mark Carney warned of the economic consequences of the flooding, which would affect transportation and agriculture.

"It is something that will affect the near-time outlook," Carney told ITV News, adding that the weather emergency could disrupt the United Kingdom's fragile recovery from the economic crisis.

Meanwhile on Thursday, energy companies were able to restore power to over 400,000 homes and businesses which had been without electricity for over a day after winds of over 100 miles per hour (160 km per hour) battered the country. Over 50,000 were still without power.

The island nation has been pummelled with heavy rains and winds since late last week following a heavy storm with hurricane-force winds. Water levels have risen across the country's south, causing flood waters to inundate parts of West London as the River Thames reached its highest level in 60 years. Emergency services have rescued over 850 people along the Thames in the county of Surrey, which lies south of London.

Communities in parts of England's southwest have been fighting flood waters since January. The southern county of Hampshire has reported water damage to the historic crypt of Winchester Cathedral.

Some 1,600 soldiers have been deployed around the country to help manage the crisis.