Egypt's Tamarod and the military united for now

Egypt's Tamarod movement mobilized thousands and paved the way for the coup against Mohammed Morsi. They depend on the support of the military, but will the alliance last? 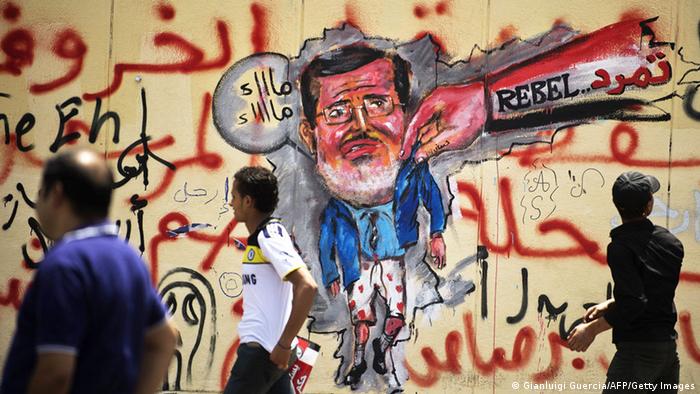 A handful of Egyptians achieved what myriad opposition parties could not: their Tamarod initiative led the way to deposing the former Islamist president Mohammed Morsi.

Within the space of two months, Egypt's Tamarod movement said it collected 22 million signatures calling for Morsi and his Muslim Brotherhood allies to step down. Hundreds of thousands of protesters followed Tamarod's call for action on June 30, 2013.

The military decided to use that momentum to oust Morsi. Since then, it seems that the grassroots movement and Egypt's generals are in cahoots.

Five Egyptians had the idea to collect the signatures against Morsi. They accused the former president of not doing anything to fight poverty, improve Egypt's security situation, or reduce the country's dependence on help from abroad.

They also said Morsi's policies were undermining the rule of law in Egypt. The signatures were meant as a kind of no-confidence vote. Tamarod used facebook and Twitter to drum up more support. 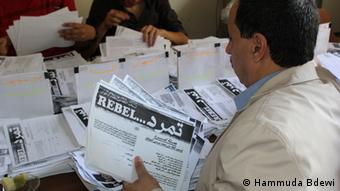 But Tamarod's massive success is not just down to a clever idea and the use of social media. According to Mohammed Fayez Farahat from the Ahram Center for Political and Strategic Studies in Cairo there are plenty of reasons for their success.

"Firstly, the initiative was launched by young people, who were completely unknown," he told DW.

Farahat says that made them more credible than the well-known but not very highly regarded faces of the opposition parties. The movement also managed to reach out to all Egyptians.

"You would find them near motorways as well as in the streets, among the poor," Farahat says.

Mohamed Elmenshawy from the Washington Middle East Institute believes the political support was crucial to Tamarod's success. He told DW that anti-Islamist businesses pumped a lot of money into the intitiative.

"Some political parties let them use their facilities and networks," he explained. In addition, the media and the whole state apparatus supported Tamarod.

Elemenshawy also insists that the old networks of former President Hosni Mubarak, who was ousted in 2011, backed the movement. 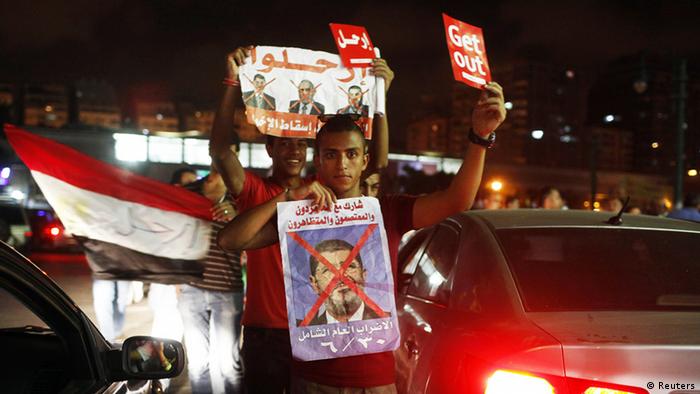 Maha Azzam from the British think tank Chatham House points out the support of the military. "Their success is not down to collecting signatures and protesting, it's down to the backing of the armed and security forces," he told DW.

And the feeling is mutual. Tamarod's founders and the military have helped each other's causes, albeit not intentionally. For the generals, the young activists are an ideal partner for their fight against the Islamists.

The protests that Tamarod organized on June 30 paved the way for Morsi's ouster on July 3. "The military wanted to be sure it had a mandate from the people," Azzam believes, and the protests provided just that.

Tamarod is still acting as the voice of the people, even though it has reached its goal of ousting Morsi. The generals are now focused on weakening the Muslim Brotherhood, Azzam says. And Tamarod supports the cause. "We're happy about the military's involvement in the fight against terrorism and violence as practised by the Muslim Brotherhood," according to a Tamarod statement. 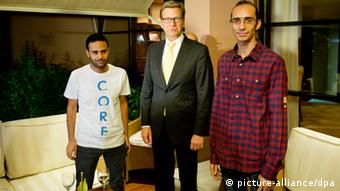 Westerwelle talked to Tamarod activist during a recent visit

Tamarod's leading activists have become just as famous as leading politicians. They speak in talkshows and the military and the interim government consult them on a regular basis.

But political scientist Elmenshawy does not believe that the new leadership in Egypt will genuinely allow them a say. "It's just a photo opportunity, it's not about seriously involving them in important decisions," he says.

The future of the movement is unclear. It's too early to say whether Tamarod's leaders will found a political party to be able to have a say in parliament. Elmenshawy is also unsure how long the alliance between Tamarod and the armed forces will endure.

"They're on their honeymoon now, but I doubt they're going to last," he says, adding that they will likely have differing views on a return to a democratic government.

As the Muslim Brotherhood announces new rallies and General el-Sissi calls for a mandate to take stronger action against the opposition, human rights in Egypt are scarcely safe in the hands of either side. (25.07.2013)

More protests came Friday (12.07.2013) both from Morsi supporters and non-Islamists. The supporters of the deposed government are increasingly distancing themselves from Mohammed Morsi as an individual. (13.07.2013)

So far, Egypt's non-Islamists have remained united. But the conflict between supporters of the Mubarak regime and liberal revolutionaries continues to be a problem. (11.07.2013)