President Lenin Moreno confirmed the deaths when the deadline ended after the kidnappers failed to show the press workers were still alive. The president promised a "devastating" military response. 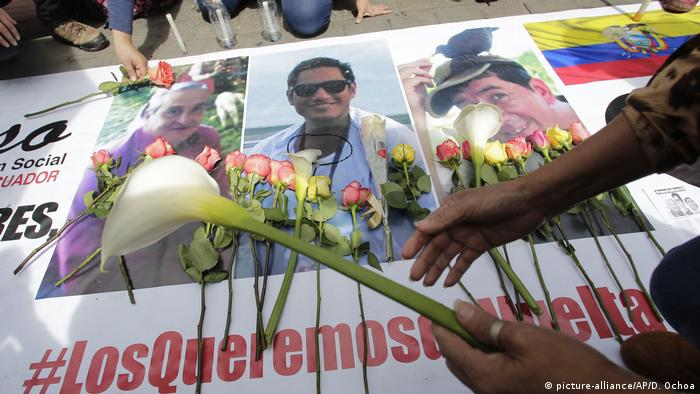 Two journalists and their driver were abducted on March 26 while covering a story on drug-related violence along Ecuador's border with Colombia. Ecuador's President had given the captors a 12-hour deadline to provide proof of life for the trio who worked for the El Comercio newspaper.

Ecuador has blamed the abductions on the Oliver Sinisterra Front rebel group, which authorities say is led by a former rebel from the Revolutionary Armed Forces of Colombia (FARC), a Marxist group which waged more than 50 years of armed conflict with the Colombian government. The journalists' deaths are a setback to a 2016 peace deal under which FARC rebels officially handed over their weapons. 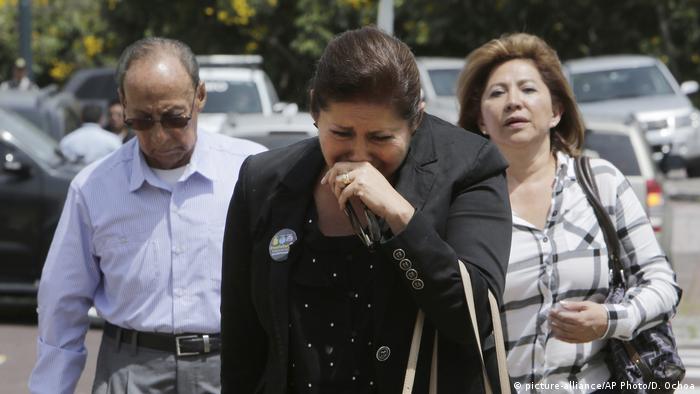 What is the Oliver Sinisterra Front?

Colombian President Juan Manuel Santos denounced the murders as "a deplorable act." Costa Rica expressed its "absolute condemnation" of the bloodshed. Spain denounced it as a "vile and criminal act."

The International Committee of the Red Cross said it had received approval from the two governments and members of Guacho's group to organize the recovery of the bodies of reporter Javier Ortega, 32, photographer Paul Rivas, 45, and their driver Efrain Segarra, 60. 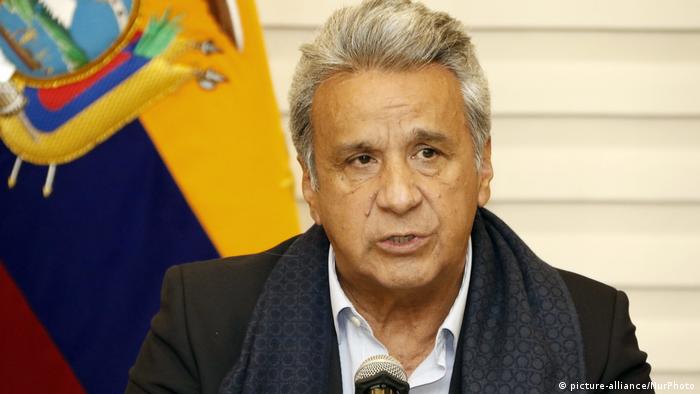 Moreno rushed back to Ecuador from a summit in Peru on Thursday night to deal with the crisis. He has already announced plans to deploy elite troops to the border area where the journalists were last seen. Last month Moreno announced 12,000 soldiers and police officers would boost security along the border and work to combat drugs gangs. Santos has dispatched Colombia's top military advisers to Ecuador's capital Quito to assist with military planning, however no specific details of an operation have been released.