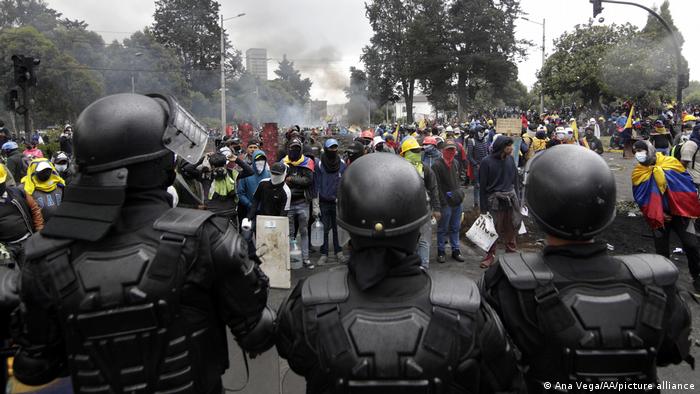 The protests, led by Indigenous groups, have been sparked due to rising fuel prices and living costs.

The vote was postponed until Sunday afternoon, at 4 p.m. local time (2100 GMT), by the parliamentary president Virgilia Saquicela after almost eight hours of debate.

Demonstrations broke out on June 13 after Indigenous leaders called for lower fuel and food prices, among other demands. Around 14,000 people have since participated in the protests, which have occasionally turned violent. At least six people have died in the protests, and there have been several attacks on security forces.

The no-confidence hearing was called by 47 opposition lawmakers, who said Lasso has played a role in "the serious political crisis and internal commotion," just a year after he assumed the position of president.

Lasso is currently in isolation, after testing positive for COVID-19. His ouster would require 92 votes out of 137 in the assembly. If a no-confidence vote passes, Vice President Alfredo Borrero will assume interim power and call new presidential and legislative elections.

On Friday, Lasso accused demonstrators of attempting "a coup" after two straight days of violent clashes with police and soldiers. Protesters in Quito threw rocks and Molotov cocktails and shot off fireworks near the congress building. The security forces repelled them with tear gas.

The protests were called by the powerful Confederation of Indigenous Nationalities of Ecuador. Leader Leonidas Iza told the AFP news agency that demonstrations would continue "until we have results. We can no longer hold back the anger of the people."

Fuel production, which is Ecuador's biggest export, has been halved. The oil industry has failed to produce 1 million barrels of crude, the Energy Ministry said on Saturday, a loss of some $96 million (€90 million).

Indigenous groups have demanded a halt to oil and mining projects and demonstrators have entered flower farms and oil fields, with some facilities reporting damage to equipment.

Six of the country's 24 provinces were under a state of emergency and a night-time curfew is in place in Quito, where many business owners and workers in the capital are fed up with the disruption to their lives and livelihoods. The emergency has now ended, said an official on Saturday.

The government has rejected the protesters' demand for a fuel price cut, saying it would cost an unaffordable $1 billion per year. The International Monetary Fund on Friday approved the release of $1 billion in funding for Ecuador, to bolster economic recovery from the pandemic.