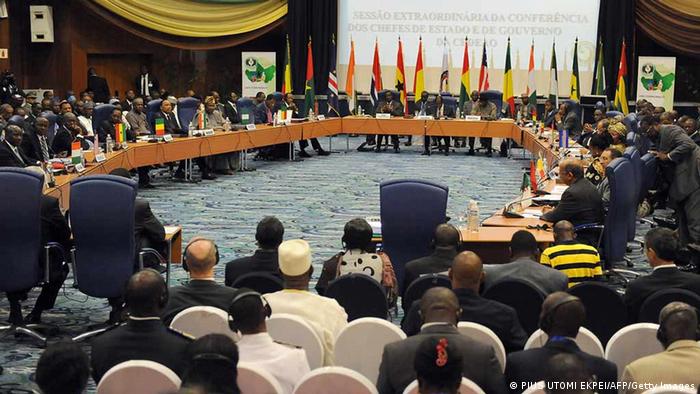 The troops would mostly come from Nigeria, Niger and Burkina Faso, though other members of the Economic Committee of West African States (ECOWAS) and two or three non-African nations might also contribute forces, said Ivory Coast President Alassane Ouattara.

Briefing reporters in Nigeria's capital Abuja, Ouattara, who is ECOWAS's chairman, said the plan would be sent to the United Nations for approval by the end of November.

An ECOWAS communique released after the meeting added however that the "authority reiterates that dialogue remains the preferred option."

The dispatch acknowledged, however, that "recourse to force may be indispensable in order to dismantle terrorist and transnational criminal networks that pose a threat to international peace and security."

The military plan was drawn up in Mali's capital, Bamako, last week by experts from Africa, the United Nations and Europe.

The proposed solution covers a six-month period, including training and establishing bases in southern Mali followed by combat in the north, army sources told the news agency Reuters.

The UN Security Council had given African leaders 45 days from October 12 to draw up the plans, but diplomats say any combat operation is still months away.

Mali fell into chaos in March when a coup toppled the-then president and left a power vacuum that was quickly exploited by rebels in the north.

There is not total unanimity on how to end the conflict. Neighboring Algeria would prefer a negotiated solution to the conflict. France, Mali's former colonial master, which has several citizens held hostage by al Qaeda-linked groups in the Sahara, supports a swift war scenario.

Various factions controlling areas of northern Mali are hoping to avoid such a fate. Delegates from the Islamist Ansar Dine have been holding talks with regional mediator Blaise Compaore, the president of Burkina Faso. Members of the Tuareg rebel movement have also sought to join efforts to solve the crisis.