Ireland says it does not need a financial safety net and opted out of the European rescue program. Irish Minister of State at the Finance Department Brian Hayes tells DW confidence is key when righting the economy. 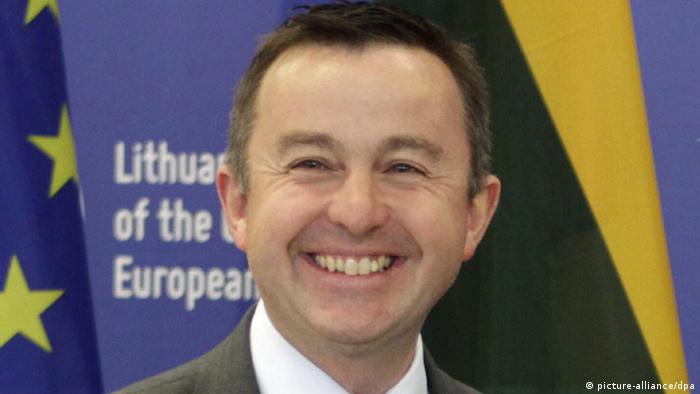 DW: How does it feel to have the Troika out of the country?

Brian Hayes: I think it's very important that if you come into a position like this that you come out the other end. And more importantly, that when you go back to the international money markets, that you stay in the international money markets. The worst position for Ireland would be to exit this program and then be back in another program, even a precautionary program.

Why did you opt against a precautionary credit line?

It is very important for a small and open economy, like Ireland's which depends on its reputation, that we can take our place again within the international money markets and raise finance again. We have decided not to go for a precautionary credit line specifically because we've built into our projections very significant cash buffers through our agency which looks after the national debt.

We're well funded, even were we not to raise any euros in next year's auctions. We got the deficit down, the economy is growing again and significantly, people are going back to work, unemployment is falling. I think we are proving to people that, given the crisis that emerged in this country several years ago, you can come out of a bailout at the other end in a much more competitive environment.

What kind of message is Ireland sending to other bailout countries?

The message is: you've got to correct your position. You can always have growth-friendly fiscal consolidation. We have taken 28 billion euros out of the Irish economy, by the way of tax rises and expenditure cuts. Even with that we are seeing growth. You can take money out and grow the economy, assuming you get the fundamentals right.

Is Ireland now the poster boy for austerity?

That's a matter for other people to judge. Our task, by coming into government in 2011, was to get the Irish economy to a better place, get us out of the bailout program and stand on our own two feet again.

How important is psychology here to stimulate demand?

It's everything. I think confidence is king. I think people will spend some of their savings, they'll start to re-engage in the real economy. They will start to spend again if they feel we are through this crisis. Slowly but surely, especially within the last three months, there is growing confidence in Ireland.

What's the state of the Irish economy?

We are a nimble economy. We are export-oriented, unlike possibly other Mediterranean economies. We do not have a big public sector.

How do you support small and medium-sized enterprises?

The key thing is to get lending going again. After the collapse of the banking system, we have set very clear targets for the Irish banking sector to deliver money to small and medium-sized businesses. We have established the Credit Review Office. When a loan for your business is being turned down, the business can appeal that. In 60 percent of the appeals to the CRO, they have overturned the decision in favor of the applicant and against the bank.

Also, we have some very attractive tax breaks to help those businesses. That means that if they take on someone from the live register, and give that person a job, that person will effectively have a tax holiday for two years.

Even if you don't have any money to throw around to stimulate the economy, you can still use the tax system as a means to help SMEs to grow and prosper. They are our future. We know that from Germany. If ever there was a country with SMEs at the heart of their economic model, it's Germany. We've got to have strong SMEs that grow, that become more commercial, that export. 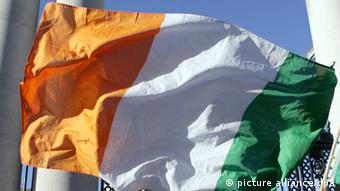 The winds have changed for the better in Ireland

We're only out of this when we get the excessive budget position out of the way.

The budget deficit has reduced, but it's not there yet. But we will be under 3 percent by 2015. Then we've got to make sure that we manage our public finances so that we never come into a position like this again. It's very important that we keep a tight reign on expenditures and on fiscal policy to make sure that we get more for less.

What many people are not aware of is that we have reduced the total amount we spend on public service pay and pensions by 17 percent. We've seen dramatic reductions, about 10 percent, in the number of people working in our public sector. The trade unions have accepted this, and it was difficult for them to do that. I can't think of any other country in western Europe that has managed such a radical reduction in public sector pay and numbers, and done it in a sense of agreement. The Irish people know that in order to get the economy back into a better position, we have to make these sacrifices.

Banks are being stress-tested next year. Are you sure there a not going to be any nasty surprises in the Irish banking sector?

We just saw in a report from the independent central bank that Irish banks will not need additional public funds as a result of the stress test next year. This is now effectively the third stress test of Irish banks, and the tiered capital ratio requirement of these earlier tests were significantly higher then anything that will have to emerge between now and the next stress test. We are very confident that even if the Irish banks were to require additional capital, it would come from the private sector rather than from the public sector.

What if something bad happens in Greece or Portugal and the euro crisis reignites?

The architecture that we put in place to support the euro will help us to ensure that this crisis will never come back again, that we can deal with systemic shocks that emerge in one or two countries. It is crucially important that we continue with fiscal discipline. We need to learn the lessons of this crisis. Unfortunately, this support for the euro was not there when this crisis emerged. Collectively, the eurozone and the EU have put that new architecture in place which will ensure that this crisis will not come back.