EADS, the parent company of planemaker Airbus, said its fourth-quarter net profit jumped 89 percent on higher deliveries of helicopters and airplanes despite the global economic downturn. 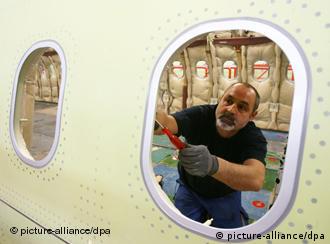 The European aerospace group EADS said net profit in the fourth quarter of 2008 rose to 490 million euros from 259 million euros a year earlier. Net profit for 2008 was 1.6 billion euros.

"We made significant headway in reshaping the company," Louis Gallois, chief executive of EADS said.

Although 2009 would be "challenging" due to an expected overall slump in aircraft orders amid the global economic recession, Gallois said that "2009 deliveries should remain at high levels."

EADS said cost cutting measures at its Airbus division was largely responsible for its robust profits. The net profits also turned out to be better than expected. Industry analysts polled by Dow Jones newswires, had forecast a net profit of only 1.3 billion euros. 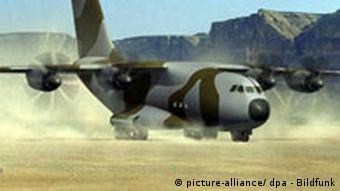 EADS military aircraft will be integrated into its Airbus division

The company admitted that its new A400M military transport aircraft has been beset with technical problems, forcing it to delay its first flight. But Gallois remained optimistic about the company's prospects.

"Even if the A400M program required enormous attention, the group has regained stability in 2008 and is proving to be resilient in the face of the turbulent global economic environment," he said.

On Monday, the German defense ministry confirmed its order for the A400M transporter after a news report had suggested the contract would be cancelled. Besides Germany, France and ten other nations have ordered the turbo-prop military plane, which resembles its US counterpart the Lockheed Martin C-130 Hercules.

In Berlin, a defense ministry spokesman said that in spite of production delays, Germany needed the 60 planes on order, explaining that it was the final delivery date, rather than the test-flight date that mattered. Altogether EADS has 192 A400M transporters worth 20 billion euros on order. 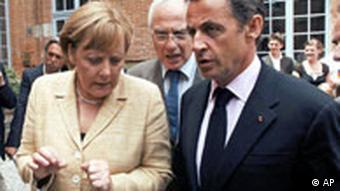 Berlin and Paris have pledged financial support for EADS

The French business daily Les Echos said that five billion euros in credit from the French government would help cash-strapped airlines honor their commitments to Airbus orders as well as other EADS products.

More than 40 percent of EADS stock is publicly traded on several European stock exchanges. Unlike many companies that cut dividends to shareholders because of the economic slump, EADS said it would pay 20 cents per share for 2008, up from 12 cents the previous year.

Airbus Warns of "Horrible" Year Ahead

The European aerospace concern EADS said it was disappointed at the US decision to cancel a competition to build the next generation of Air Force tanker refuellers. (11.09.2008)