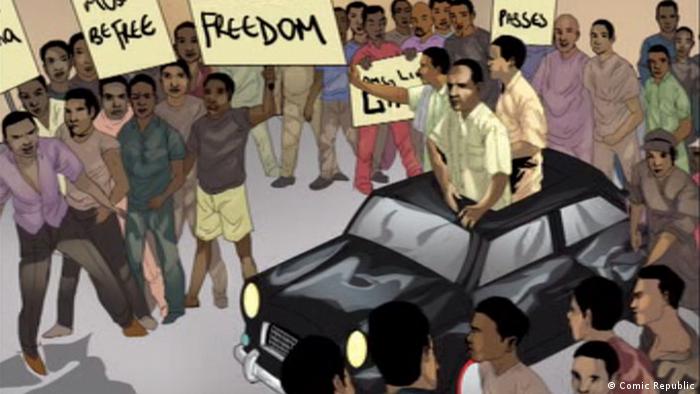 The portraits cover a long period of time, ranging from Dinknesh, the "Mother of Mankind" in present-day Ethiopia, to legendary rulers of the Middle Ages such as Mali's King Sunjata Keita to key figures from the African independence movement such as Patrice Lumumba. 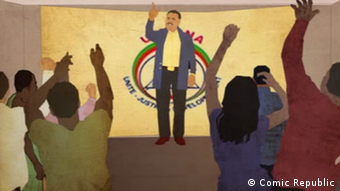 These animated online stories by the successful Nigerian graphic design team "Comic Republic," will primarily be shared on Facebook once a week. DW’s Facebook platforms for Africa have more than four million subscribers. There will also be broadcasts of supporting content on radio, reaching nearly 40 million African listeners per week. Most of the content is available in six languages (English, Amharic, Hausa, Kiswahili, French, Portuguese). 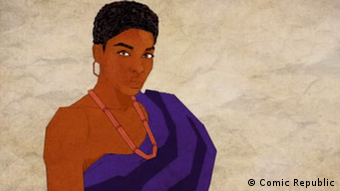 DW users have raised concerns saying that public discourse on African history is often based solely on the perspective of the continent's former colonial powers. One commented on Facebook that "young Africans don't have easy access to historical documentation." "African Roots" hopes to help close this gap. The project, spearheaded by DW's Africa service, employs African sources, and was developed in collaboration with African historians, cultural scientists and writers. It targets Africa's young generation, which makes up the vast majority of the population on the continent. 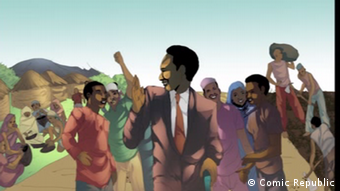 Claus Stäcker, DW's head of Africa, initiated the project. He stresses that "African history is in particularly high demand in our programming. Young listeners and users in particular complain about the fact that much of their history lessons are taught from a European point of view, and that they learn so little about African protagonists."

Michael Hanssler, chairman of the board at the Gerda Henkel Foundation, explains that "the promotion of various research projects in Africa aimed at safeguarding and preserving both written and oral historic accounts" are at the heart of the foundation's work. "The foundation wants to support the core idea of 'African Roots' - to communicate the history of the continent to a young audience using African voices."

"African Roots" part 1: Dinknesh - a peek into the history of humankind