Despite the blockade of several popular VPN services, Internet users in China can still circumvent the "Great Firewall" thanks to a DW app - and a recently launched collaboration with the organization Greatfire. 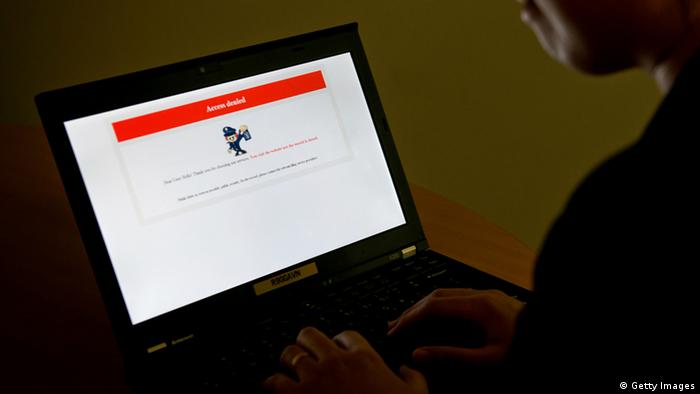 In China, virtual private network (VPN) services were seen as the last remaining means to bypass state Internet censorship. These "private channels" are extremely popular -and not just among people living in China.

Due to the fact that, for many international companies, VPN technology also remains the only means to access the economically important "uncensored Internet," it was assumed that, in the interest of overall economic development, China's state censors would not block it. However, given the tighter censorship imposed since last week, this is exactly what did happen.

Nevertheless, Internet users in China will still be able to access Deutsche Welle content in the future by bypassing the Great Chinese Firewall with help of Psiphon, a software system developed for smartphones and Windows computers. Users simply need to send a blank email to dw-w@psiphon3.com, and they will receive a response containing the link for downloading the software, along with brief installation instructions.

"Particularly in China and in other countries with severely restricted access to information from outside sources, many people value our balanced reporting and differentiated approach," says DW Director General Peter Limbourg. "That's why we will continue to do our utmost to make access to DW online content possible, also in China."

The installation of the app on a PC or a laptop is easy, even for laypersons."With only minimally more effort, you can install the Android app on your smartphone. Once that is done, browsers and all other apps can freely access the Internet," says Guido Baumhauer,DW'sManaging Director of Distribution, Marketing and Technology. "Unfortunately this kind of app is not available for iPhones or iPads, as Apple does not allow certain functions in its apps."

For over two years, DW has been working together with the Canadian firm Psiphon to actively circumvent censorship, making it possible for people seeking information, even in China and Iran, to access otherwise blocked DW online content.

Thanks to a recently launched collaboration with the organization Greatfire, it will be even easier to access DW web pages in China in the future. Greatfire copies the content to various cloud services that can be directly accessed by browsers without requiring specific software.

DW collaborates with Greatfire to bypass censorship in China