Driverless Mini-trains Could Be the Next Big Thing on Tracks | Germany| News and in-depth reporting from Berlin and beyond | DW | 06.10.2007

Taking a train can mean long waits, crowded cars and multiple transfers. German researchers have developed a prototype for a driverless RailCab. The mini-trains could revolutionize how we travel, if they can get funding. 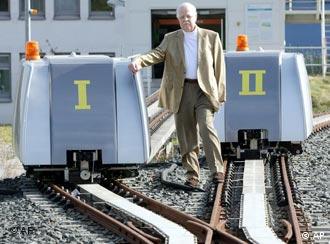 Every mode of transportation has its disadvantages. Cars crowd the streets, pollute the air and are hard to park. Trains fill up during rush hour and often have inconvenient schedules. And airplanes aren't practical for short trips around town.

Some researchers are promoting RailCabs as the vehicle of the future. These driverless, computer-controlled cars take passengers and cargo directly to their destinations without stops or transfers. They can travel in convoys to save energy and then peel off from each other as each car heads to a separate destination. 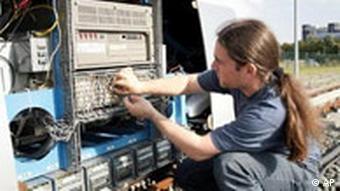 Under development for a decade, researchers at the University of Paderborn have a prototype of the RailCab. A test track has been built near Paderborn, a city in the western German state of North Rhine-Westphalia. Since 2003, slightly smaller-than-life RailCabs have run on a 600-meter test track near the University.

Researchers have declared the prototype a success and say they're ready to test their revolutionary trains under real-life conditions. The engines, chassis and rail technology are ready for production.

"These are not toys," Professor Joachim Lückel, who started the project, told the Associated Press. 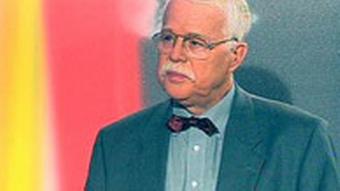 The cars would travel on normal rails, but would use a so-called linear motor, which needs little maintenance. They would use magnetic fields to accelerate, similar to the Transrapid train, but would otherwise run on tracks.

Additionally, turnouts would need to be added so that RailCabs could leave convoys. But the entire system would still need to be compatible with trains.

The RailCab would revolutionize transportation of both people and cargo, Lückel believes, making it much more efficient. The enormous flexibility of a RailCab system would make the costs worth it, Lückel said.

Not everyone is a fan 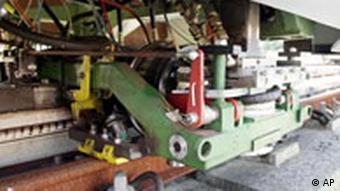 It's not exactly a simple system

"Converting tracks is more expensive than building a second regular track," said Edmund Mühlhans, an emeritus professor and rail expert at the technical university in Darmstadt.

Also, stretches of track exist which run at capacity and don't have additional space to accommodate RailCabs. If RailCabs had to detour around these tracks, they would not be as efficient, Mühlhans said.

Mühlhans also envisions technical problems. Linear motors are noticeably less efficient than conventional locomotives. The large number or RailCabs that would be needed would mean more inspections, maintenance and repair, he said.

"Despite all the advantages that the inventors have always predicted, cab trains have never made it past the pilot project stage," said Mühlhans.

Lückel said the time has come for the project to move forward. If it doesn't happen soon, Lückel worries that his specialized researchers could get disillusioned with the project and go to work in private industry.

A few wealthy customers from the Middle East have apparently made discreet inquiries. But for now, the project is spinning its wheels.

German train drivers walked off the job for three hours Friday, Oct. 5, in a strike over wages. Despite contingency plans, delays were reported during the morning commute. (05.10.2007)

Funding has been approved for a controversial high-speed train to run between Munich and its airport. But critics say the project is expensive and that the deal isn't as final as its champions would like to think. (25.09.2007)

Do you think RailCabs have a future? Send us your opinion. Be sure to include your name and country in your reply.