Organ donation in Germany is voluntary, and while around 60 percent of people say they think it's a good idea, just 14 to 17 percent of them have become organ donors. An ad campaign is trying to change that. 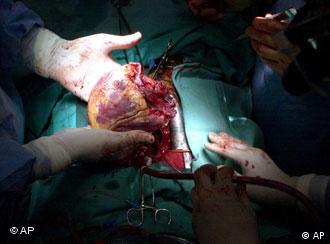 60,000 people are waiting for organs across the EU

In Germany, donating your organs is voluntary, and while around 60 percent of people say they think its a good idea, just 14 to 17 percent of them have become organ donors. Advocacy groups are trying to raise awareness about the problem and encourage people to become donors. German celebrities have been taking part in an organ donation campaign

There are currently some 12,000 people waiting for organ transplants in Germany and each year between 2 and 3,000 of them will die before they can make it to the top of the list..

There's a poster campaign all over Berlin featuring well-known celebrities to try to raise awareness about organ donation, so it seems surprising that some people haven't heard about it.

Before she had a heart transplant, Ute Opper, 45, would have been among them. 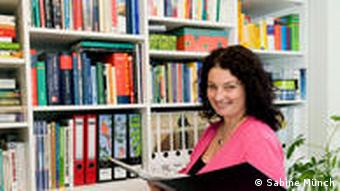 "I did not know anybody who needed an organ. Nobody talked with us. Not in school, and not when I did my driving license", she said.

17 years ago Opper suddenly became seriously ill just four weeks before her wedding. Diagnosed with endocarditit, an inflammatin of the heart muscle. After a failed operation on the infected valve led to a heart attack, she was told that her chance of survival required a heart transplant. Opper was lucky and only had to wait a year to receive her new heart.

After this experience, Opper and other patients created a self-help group to support people waiting for organ transplants. She also educates the public to "try to make people who never thought about that, think about it."

"We want to have people imagine you also could be ill and maybe you would need an organ," she said.

Despite the introduction of the German transplant law in 1997, the rates of organ donation in Germany have been steadily dropping. According to Professor Dr Roland Hetzer, Director of the German Heart Institute in Berlin, there are two main reasons for this. The first is convincing the public that organ donation is a good idea, while the other problem is a lack of infrastructure. 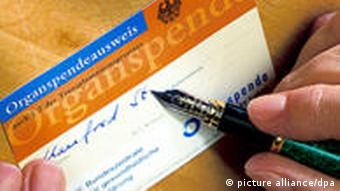 "Not all hospitals cooperate well enough in reporting brain-dead people who would be potentially an organ donor," said Hetzer, "and this obviously has to do with the increasing economic problems that hospitals are faced with."

Spain is the world leader, not only due to it's model of presumed consent, but because it has designated staff that only deal with organ donations. Dr Hetzer believes that Germany would have a higher number of transplants if it too had designated staff.

Nearly two-thirds of China's transplanted organs come from executed prisoners, the Chinese state media reported last week. In a bid to curb the illegal trade in human organs, the government has now launched an official organ donation scheme. It hopes this will encourage people to become voluntary donors. (09.09.2009)

Swedish Prime Minister Fredrik Reinfeldt has rejected calls from Israel to condemn claims made by a tabloid newspaper that Israeli soldiers stole organs from the bodies of dead Palestinians. (24.08.2009)

Council of Europe envoy in Serbia to probe organ trafficking

Swiss Senator Dick Marty has arrived in Serbia on a fact-finding mission to probe claims of illegal organ trafficking in Kosovo. The claims were made in a recent book by former war crimes prosecutor Carla del Ponte. (04.08.2009)