Angry or happy? Dogs can tell the difference by looking at people's faces. But, do they understand what the expressions mean? Dog owners believe this to be the case, but there is no scientific proof. 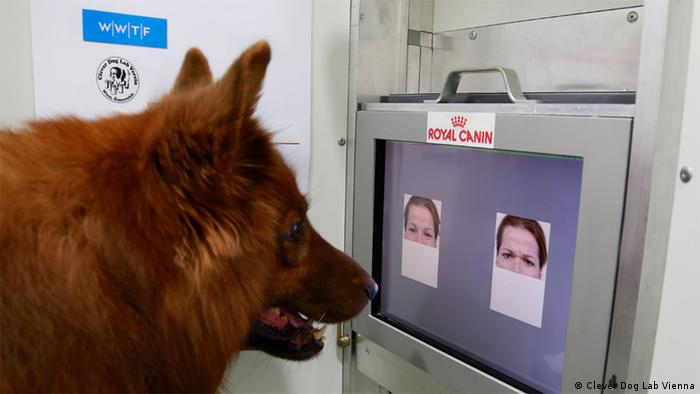 Angry or Happy - For the Dogs it's like a quiz: The winner gets a treat.

Mailmen and dog-owners are well aware of the fact that an angry face or friendly smile can trigger very different reactions in dogs. A team around veterinarian Corsin Andreas Müller has published a new study in "Current Biology" - describing an experiment that makes use of human facial expressions. The researchers showed that dogs are able to differentiate between two distinct human facial expressions, one being "angry" and the other being "happy". 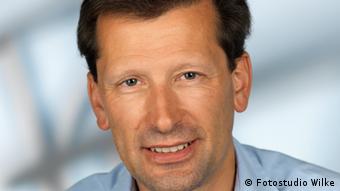 But for the experiment it was not enough to bring an angry or happy man together with a dog, says Professor Ludwig Huber, who supervised the study and holds the chair for Comparative Cognition at the University of Veterinary Medicine in Vienna. "Dogs smell and hear very well, but their vision isn't so good. So it's possible they perceive the moods of humans not visually, but in other ways. We know, for example, that humans can also convey fear to other humans by emitting pheromones."

So the scientists had to make sure the dogs participating in the experiment would not be distracted by any smells, sounds or movements. The solution: Touchscreen monitors, on which the faces would be displayed. "The dogs had to touch the screen with their snout to get a treat," Huber explains. "So the dogs had to find out, which of the facial expressions would deliver the food – and most of the dogs found that out in training." 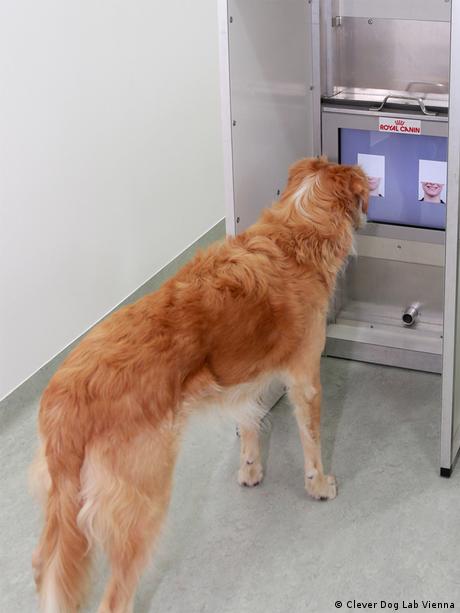 But to make thinks more difficult, the researchers presented the dogs with a mere cross-section of the face – either the area around the eyes, or the area around the mouth. This was to make sure the dogs didn't simply learn that a smiling face with shiny white teeth– resembling a long horizontal white bar – meant food.

Instead the dogs had to learn to read the entire facial expression with all its details. "We didn't just show the dogs new faces and cross-sections. They even passed the most difficult test: Dogs that were trained with the lower half of the face around the mouth were subsequently presented with the other cross section and had to differentiate between "angry" and "happy" – only by seeing the area around the eyes."

In other words: The dogs had to draw conclusions about the smile just by seeing the eyes. This was only possible, because the dogs were able to imagine how the other half must have looked like. "The explanation is: Dogs that remember angry or happy human faces from their day-to-day-life fill in the missing cross-section automatically," Huber says. "They clearly draw on such memories in the tests. So they must be capable of distinguishing between faces and facial expressions." 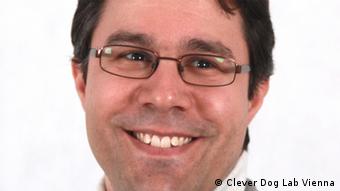 Do dogs understand the meaning of a smile?

But one big question remains: Do our four-legged friends only distinguish the two, or do they also understand what the expressions actually mean on an emotional level? The experiment was not conclusive on this count, but some observations of the scientists suggest that dogs do understand more than meets the eye: Dogs that were tasked with touching the "happy" faces were much less hesitant to do so.

"It took us almost three times as long, to train the other group of dogs to make contact with the 'angry' ones," Huber recalls. "The task for both groups was essentially the same, but the dogs were reticent to touch the angry face on the touchscreen – and that suggests that they are capable of perceiving emotions and interpreting them." And if you ever lived together with a dog – you would probably not doubt that.