Does gut flora cause multiple sclerosis?

Multiple sclerosis is insidious, unpredictable and incurable. But how does it develop? The composition of our intestinal microbiome could be the key, researchers have discovered in a study of twins. Just looking at the two women, you might find it difficult to tell them apart: Lisa and Julia Ngo are identical twins. Yet there is a major difference in their health: Lisa suffers from multiple sclerosis (MS), Julia does not.

That made the sisters ideal volunteers for a study at the Ludwig Maximilian University in Munich into how MS develops.

"I want to know where MS comes from," Lisa told DW. Sometimes I ask myself, why did it hit me? Do I have the wrong lifestyle? Is it that what triggered the outbreak? So I took part in the study."

MS, an autoimmune disease, is the most common inflammatory disease of the central nervous system.

Immune cells attack the brain and spinal cord, the body turning against itself. The myelin sheath — a layer around the nerve roots that is essential for transporting electric signals — is destroyed, meaning nerve stimuli are no longer transmitted and the body becomes paralyzed. 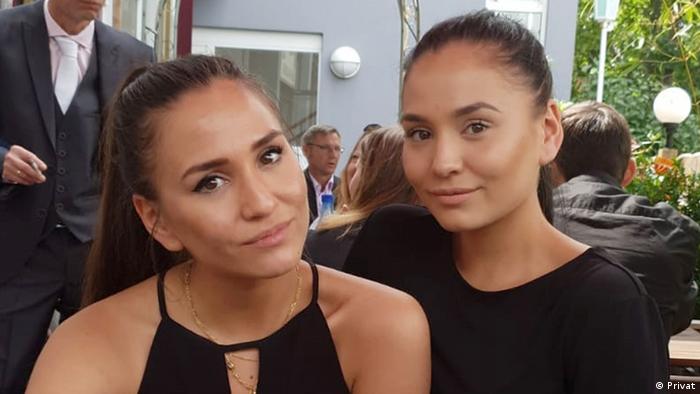 Twins Lisa and Julia Ngo look very much alike, but only Lisa suffers from MS

Progression of the illness and symptoms vary widely among MS patients. They range from a paralysis of the legs to visual disturbances. While some people with MS have little or no disability, others will eventually need a wheelchair. There is no typical MS case.

Looking for the trigger

Scientists believe the trigger for MS can be found in the intestinal microbiome, which is different in every person, including twins. So, the research team recruited more than 60 pairs of twins for its MS study. In each pair, one twin had MS and the other did not.

Dr. Lisa Ann Gerdes has led the project from the beginning. 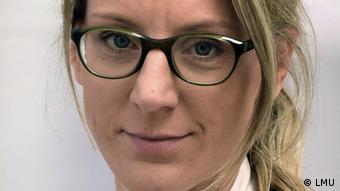 Lisa-Ann Gerdes leads the twin study into triggers for MS

"Identical twins have identical genetic material, and other factors like age, sex and so-called environmental factors — such as nutrition and childhood infections — are alike, too. However, there may be differences in the gut flora," explains Gerdes.

Her team set out to discover what effect intestinal bacteria might have on the development of multiple sclerosis.

Of mice and men

The researchers use mice to investigate the relationship between MS and intestinal bacteria.

They provoked an immune reaction in the animals that led to symptoms very similar to those in humans. The mice suffered from paralysis of the hind legs, which regressed, much like MS attacks in humans.

The majority of MS patients suffer from so-called relapsing-remitting MS. A relapse manifests itself as an inflammation in the brain or spinal cord, which can be detected with the help of MRI imaging. How often these attacks occur is different for each patient.

Growing up in quarantine

Some mice fell ill and others did not. To find out why, the researchers raised the animals in a sterile incubator without any contact to other mice, so there could be no exchange of bacteria.

"These mice even had to be born by caesarean section. During natural birth, they would have picked up bacteria from their mother," Gerdes says.

The isolated mice were then infected with human intestinal flora. Those given microbiota from a twin with MS were more likely to develop brain inflammation typical of the disease — indicating that the composition of intestinal flora could be a trigger for MS.

Read more: Guillain-Barré syndrome: A sudden paralysis of the arms and legs

"I had stool samples and blood samples taken," Lisa Ngo reports. "I had to do various tests, including MRIs."

The researchers then analyzed these samples in detail, Gerdes says. "They were not examined under the microscope as we used to do in the past, but with very modern methods."

Sequencing the genetic information contained in the bacteria allows the researchers to determine which are bacteria are present, and what they do.

"The mouse model enables us to follow the early phase of disease development live," said Gerdes. "This means we can observe that the intestinal system, the immune system and the brain interact."

This initial trigger is the most interesting phase for the researchers. They want to track down the trigger for MS and follow its progression, step by step.

The immune system receives the wrong command. First it attacks the brain and then a whole cascade of processes start.

"We may not be able to find these initial triggers later on. They may have receded into the background due to therapies or other influences," says Gerdes.

This makes it all the more important to identify the earliest moment in which MS develops.

The most important question for MS patients is whether this helps scientists develop new drugs.

"There is hope that further research into the gut flora in MS patients will help us better understand the mechanisms of the disease," Gerdes says. "We want to develop therapies that might prevent the development of the disease, or stop its progression."

Their best hope is to control the disease as early as possible, and then as far as possible.

Lisa Ngo is keen to be involved. She studied pharmacy for five semesters before switching to molecular sciences. "I would like to develop drugs for MS or work on making MS more tolerable," she says. "That would be my dream."

Chemicals in our everyday life harm our health

We are exposed to a variety of chemicals every day. Some of them can even make us sick. And they can be found where we least expect them. Three recent studies reveal more. (21.09.2018)

They're touted as miracle cures. But the stem cell treatments on offer at private clinics are often anything but. Before you send a loved one in for a last-ditch (and very expensive) treatment, read the warnings. (17.07.2018)