According to newly declassified official papers, Britain's wartime Prime Minister Winston Churchill was adamant about having Adolf Hitler sent to the electric chair as World War II drew to a close.

Britain's wartime Prime Minister Winston Churchill wanted to see Nazi leader Adolf Hitler executed rather than put on trial for war crimes, detailed minutes of meetings of his war cabinet in 1942 to 1945 suggest.

The once top secret papers were released on Sunday by The National Archives of England, Wales and the United Kingdom -- one of the largest archival collections in the world.

Consisting of notes taken by deputy cabinet secretary Sir Norman Brook in his own style of shorthand, they offered the first detailed insight into what was said in the war cabinet during the global conflict.

These notes, which were kept away from the public for more than 60 years out of concerns for national security, differ from the official cabinet minutes in that they reflect the flavor of the discussions and give a more in-depth account of the relationships and views of individual ministers. 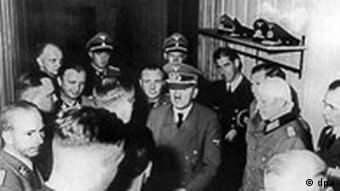 Churchill didn't want Hitler to be put on a trial

At one war cabinet meeting in Dec. 1942, when Hitler's grip on mainland Europe was at its strongest, Churchill said that "if Hitler falls into our hands we shall certainly put him to death."

"This man is the mainspring of evil," Churchill was recorded saying.

While capital punishment in Britain at the time involved hanging, Churchill suggested that electrocution equipment could be obtained from the United States through the Lend-Lease arms supply program.

"Instrument -- electric chair, for gangsters no doubt available on Lease Lend," the prime minister was quoted as saying.

Two-and-a-half years later, with the Allies closing in on Berlin and Hitler trapped in the bunker where he would take his life, the question of whether Nazis deserved to be put on trial arose again. 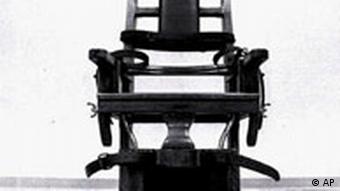 An electric chair would have been borrowed from the United States

In April 1945, Home Secretary Herbert Morrison expressed the opinion -- seemingly popular with colleagues -- that a "mock trial" for Nazi leaders would be "objectionable."

"Better to declare that we shall put them to death," he said. Churchill agreed that a trial for Hitler would be "a farce."

"All sorts of complications ensue as soon as you admit a fair trial," Churchill said.

Within weeks, however, it became clear that both the United States and the Soviet Union favored court proceedings.

The picture of the British wartime prime minister that emerges out of the notebooks is at times that of a vengeful and ruthless politician who believed that desperate times required desperate measures. 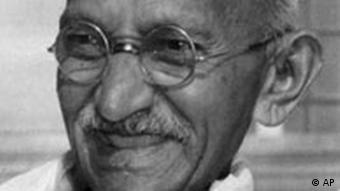 Churchill, for example, wanted the British Royal Air Force to wipe out German villages in retaliation for the massacre of Czech civilians in the village of Lidice "on a three-for-one basis" but was strongly advised against such action by his cabinet.

Churchill was also prepared to let Indian leader Mahatma Gandhi die during a hunger strike in a British prison in India. "I would keep him there and let him die as he likes," Churchill said.

The government, however, decided otherwise: Gandhi was released in 1944.

Winston Churchill won the Nobel Prize in Literature in 1953 "for his mastery of historical and biographical description as well as for brilliant oratory in defending exalted human values." Needless to say, the minutes for the cabinet meetings were not known at the time.

At the end of the war, Allied air strikes reduced most of the country to rubble. As most men were either dead or had not even returned from the war, the women Hitler had seen as homemakers had to help rebuild the nation. (Sept. 5, 2005)

As the final stones are put in place in Dresden's Frauenkirche, long-time residents of the city recall their horrifying memories when Allied bombers destroyed the city. (Oct. 26, 2005)