Do nothing, want nothing, be lazy, German paper implores readers

National Lazy Day, whose US origins elude slothful researchers, has reached Germany's newspapers. Alongside its front page focus on Donald Trump's "fire" and "fury," Die Welt urged its readers to simply chill out. 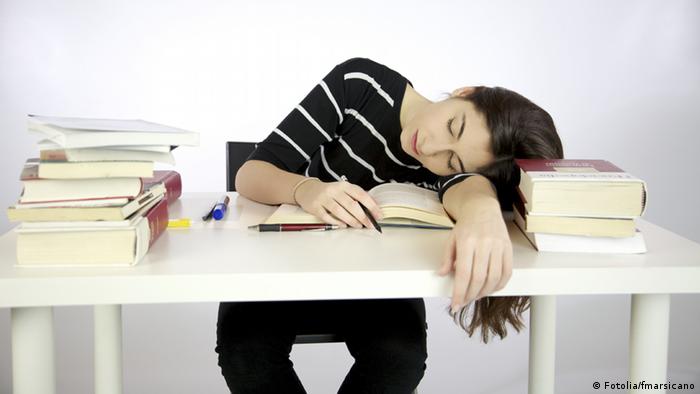 Be lazy on a massive scale, urged Germany's conservative daily Die Welt on the lower front of its Thursday edition as its political desk headlined the US president's nuclear exchange of threats with North Korea's Kim Jong Un.

Reflecting recent German books prizing idleness as far back as the ancient Greeks, Die Welt said Thursday nothing was better than lazy, reflective pauses that escape every form of "measurement and evaluation."

It warned, however, against inducements to "productive unproductivity," a new form of "slavery" proffered in industrial nations under the slogan of "self-optimization."

This drive for ever more has left "no function of the body and soul that cannot be enhanced," Die Welt warned, citing Freiburg University Slavic linguist Professor Elisabeth Cheauré, similar to findings by other researchers in Germany such as Hartmut Rosa at the Friedrich Schiller University in Jena.

A way of being endangered? 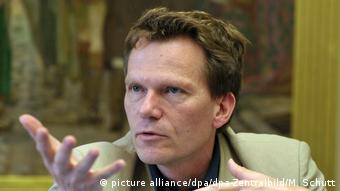 Their approach was that Muße was not a luxury and not elitist, but a way for each human being to be more relaxed, satisfied and even happier - even when standing in a queue, Die Welt said, quoting Cheauré.

The habitual glance at a mobile device had rendered users addicts of permanent sensation that seeks to ever surpass itself, and when youth met offline, analog, they lived in constant angst of missing a virtual something in every second, Die Welt opined.

The article coincides with a recent multilingual collection of essays "The Great Regression" published in paper-back form by Edition Suhrkamp in Berlin.

"Something raw and furious has entered the public realm," Nachtwey wrote, citing the late German-British sociologist Norbert Elias who died in Amsterdam in 1990.

Elias' theory was that modern civilization was the result of a comprehensive transformation of societal and personality structures, characterized by the individual's strong control of his or her affects or behavior, renunciation of immediate gratification, and of long-term thinking.

In another Suhrkamp essay, former Max-Planck Institute social economist Wolfgang Streeck concludes that since the 1980s center-right as well as center-left mainstream political parties have been lured into "ungovernable" globalization exploited by financial speculators.

Instead of beneficial idle reflection, Western society was gripped by a mixture of subterranean unease, apathy and fear of losing one's place in society.

Once lured by the "trickle-down" promises of the 1960s and 1970s, modern society had produced an "increasing number of those who are no longer needed," writes Streeck.

The result: Individuals who have plenty of time for National Lazy Day but who are also anxious about their lives and futures.

It would be better, writes Germany's Die Welt, when readers could truly treat themselves to idleness "every day" without enforced multitasking and worries about the state of the world.