Disneyland visitors were forced to abandon numerous rides after a power outage shut down parts of the renowned California theme park. Officials said they were "working diligently" to restore power to the affected areas. 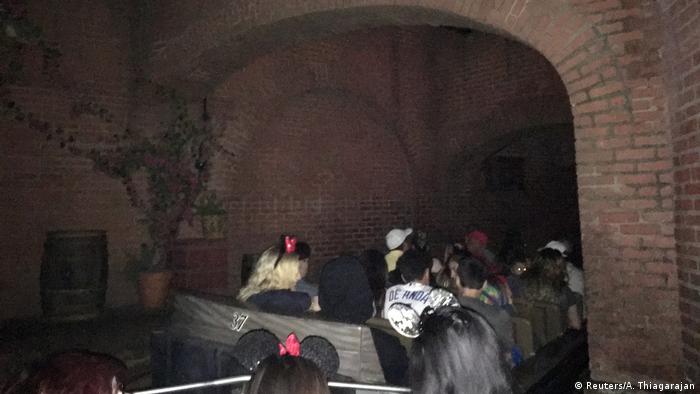 A problem with an electric transformer prompted the closure of 12 Disneyland attractions on Wednesday, with park guests removed from the rides. Some of the visitors were reportedly stuck in their seats.

Park officials said that the blackout affected Mickey's Toontown, a section of the park dedicated to classic Disney characters, as well as Fantasyland, which showcases characters from fairy tales adapted by the entertainment company. The theme park's monorail system was also out of commission.

The theme park in California was crowded with visitors during the Christmas vacation season.

The majority of the park is still operating, Disney spokeswoman Suzi Brown said.

"Power has been restored to Toontown and we still have some areas of the park that are without power," she added.

On Twitter, park officials said they were "working diligently" to fix the problem.

While Disneyland theme park is much smaller than its younger twin, Disneyworld in Florida, it still boasts over 50 rides and millions of visitors per year.