Dismantling the German myth of ′Trümmerfrauen′ | Germany | News and in-depth reporting from Berlin and beyond | DW | 24.11.2014

Dismantling the German myth of 'Trümmerfrauen'

The image of hard-working, cheerful women clearing the rubble of WWII from German streets is deeply ingrained in German minds. But it's only true to a certain degree, says German historian Leonie Treber. 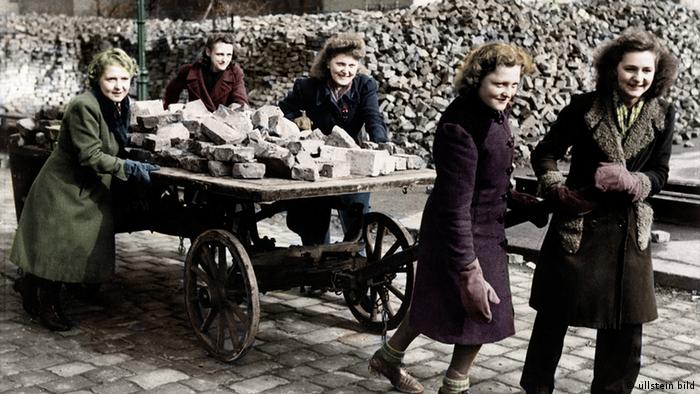 Chiseled in stone, hammer in hand, her hair bound in a knotted kerchief - monuments to Germany's Trümmerfrau ("rubble woman") can be found in many German cities.

Every time another memorial goes up in her honor, German politicians look to what former German Chancellor Helmut Kohl said in Munich in 2005. The rubble-clearing women in the aftermath of WWII are "a symbol of the German people's wish to rebuild and of their powers of survival," he said, adding that the Munich monument "commemorates the large number of women who volunteered to clear the ruins."

Wrong, says historian Leonie Treber. Neither was there a great number of women, nor did most of them volunteer to clear the rubble, the researcher says. "The Trümmerfrau is a German legend."

Leonie Treber began researching Germany's Trümmerfrauen in 2005, and wrote her doctorate at Duisburg-Essen University on the subject - uncharted territory until then. Now, she's published a book on her findings, with a telling title: The Myth of the Trümmerfrauen. 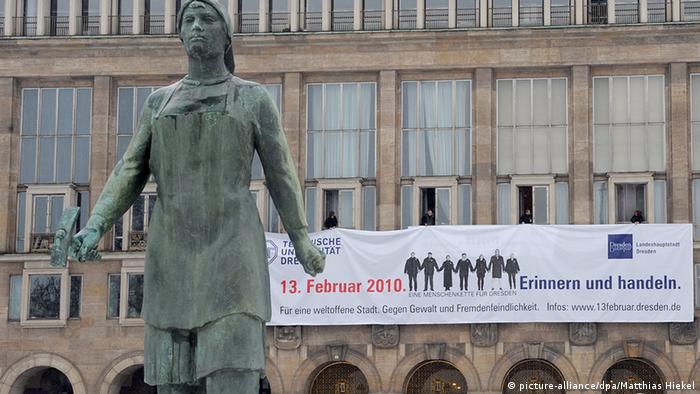 The historian concedes that, of course, the builders needed help - after all, about 400 million cubic meters of rubble and ruins were waiting to be cleared across the nation.

"But women played a minor role in clearing German cities from the rubble," Treber says. Berlin mobilized about 60,000 women to clear the war ruins, but even that amounted to no more than 5 percent of the female population - it wasn't a mass phenomenon. In the British Sector, Treber says, only 0.3 percent of the women joined in the hard work.

Yet it wasn't just the women who were reserved when it came to clearing the war debris; men weren't crazy about the task, either. In the eyes of the Germans, it was anything but honorable for people to show their "willingness to rebuild." In fact, most Germans regarded clearing rubble as punishment - and for a reason.

During the war, the Nazis made soldiers, the Hitler Youth, forced laborers, prisoners of war and concentration camp prisoners clear the bombed cities after Allied air raids. In 1945, after the end of the war, prisoners of war and former members of the NSDAP Nazi party took their place. When that turned out to be insufficient, the population was asked to help - on a voluntary basis in the West, but usually against their will in the Soviet occupation zone. 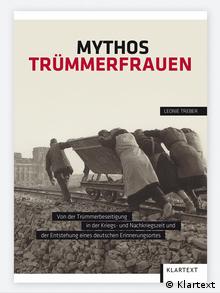 The ubiquitous Trümmerfrau is a myth, the historian says

Berlin won women over for the job by offering them the second-highest category of food ration cards. To get more volunteers to pitch in, authorities deliberately marketed the image of the cheerful Trümmerfrau at work, Treber says. That very picture is deeply ingrained in the collective German memory. "It's evoked time and again in speeches, movies and books," she says.

Initially, the media campaign was successful only in East Germany, where the rubble-clearing woman became a role model for all women who wanted to train for traditional male jobs. In West Germany, however, the hard-working, self-assured, emancipated woman didn't fit the conservative female image.

Little wonder that Lisa Albrecht, a Social Democratic politician from the southern state of Bavaria, was shocked when she visited bombed-out Berlin in 1948. "I was appalled at the sight of the rubble women clearing Berlin," she wrote. 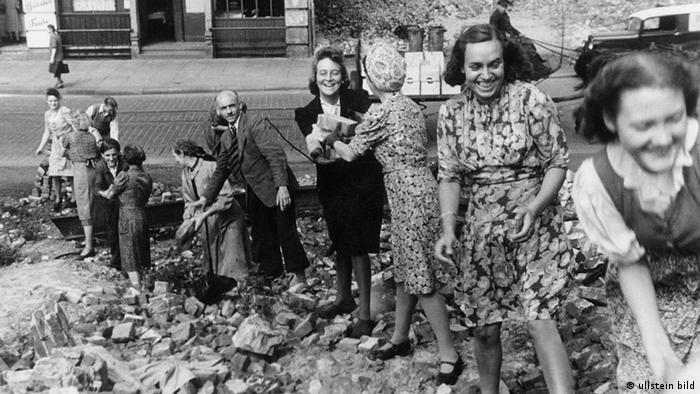 Taking reconstruction into their own hands

It wasn't until the 1980s that the Trümmerfrau once again emerged as an issue in West Germany, stylized as heroes of German reconstruction, as Germany debated introducing child-rearing benefits for just those women born before 1921.

"Since reunification, no one has scratched at the image of the selfless rubble-clearing woman," the historian says. "The collective memory works in the east and the west."

These hard-working, strong, post-war women existed, Treber concludes - and yes, they also cleared rubble. "But they were obviously a minority."

On September 1, 1939, Germany started WWII - a war that would eventually leave the nation all but destroyed. Three lessons from that time period have transformed Germany, writes DW's Alexander Kudascheff. (01.09.2014)