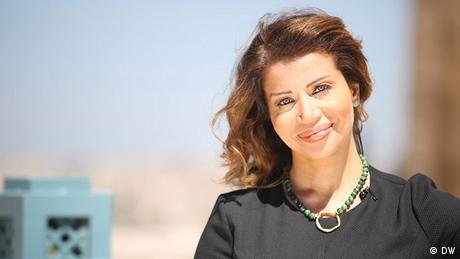 A news junky who asks the uncomfortable questions

Dima Tarhini is a lead anchor on DW's Arabic news service and a well-known and trusted journalist throughout the Arab world. Before coming to DW in 2005, she was an anchor for the pan-Arab news channel CNBC Arabia in Dubai. Prior to that she worked for Al Jazeera as a field producer in conflict zones like Iraq and Kosovo. She grew up in Lebanon during the civil war. Her late father who was a politician who gave her a deep ambition to learn about politics and become a journalist. Working from Europe as a journalist has given her a wider perspective, enabling her to better recognize misunderstandings between the Arab world and the West and how people from both cultures can learn from one another. A self-confessed news junky and workaholic, it was curiosity and the promise of a new challenge that brought her to Berlin. She says coming to Germany and learning from her international colleagues at DW helped her become more organized and focused in her work.