Deutsche Welle (DW) has recorded a marked increase in its audience reach over the last year. 135 million people watch, listen to or use DW programs and services at least once a week, compared to 118 million in 2015. 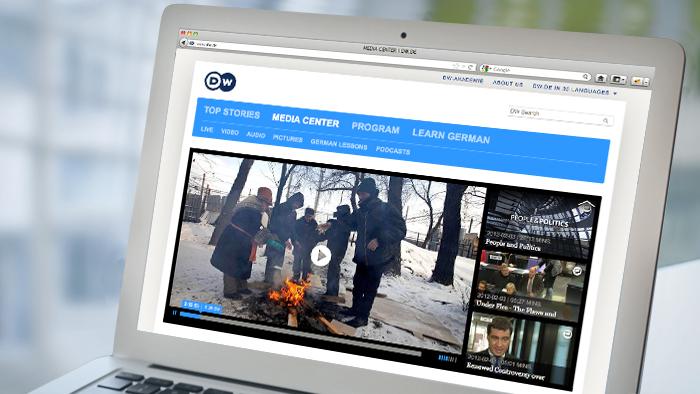 The English-language TV program and digital offerings across languages, especially in social media, are particularly successful.

DW Director General Peter Limbourg: "The positive development in the number of users of our media strengthens our conviction to focus on digital media and extensive news programming in English. The popularity of our formats, especially in the Middle East and Africa, is proof of DW's positive image. Thanks to our multi-language editorial teams, DW is a recognized and valued source of independent, reliable journalism."

Among the four languages, English programming is the most popular with viewers, reaching up to 30 million people every week. The redesigned English channel was launched in June 2015. The hourly DW News shows which make up the core programming are complemented by magazines, reports, documentaries, interviews and talk shows. Interruptions due to breaking news are possible at all times.

Over the last year, the weekly number of viewers of DW's Arabic television program in the Middle East and North Africa has increased by about 50 percent, due to many partnerships with regional TV stations. The digital offerings in Arabic are nearly as successful. The German-language program is currently being updated and will be relaunched early next year with a clear focus on culture.

For international broadcasters, radio remains a relevant media – especially in Africa, where DW programs can be received via FM and short wave. Currently 40 million people listen to DW programs on a regular basis, especially in Hausa and Kiswahili.

29 million users choose the digital offerings of the DW App, on dw.com, social media or affiliated platforms. In 2015, the weekly figure was 22 million. The interactive app is available to download for free at dw.com/app/ios or dw.com/app/android.

Facebook likewise plays an important role. The increasing use of DW video content draws a growing number of young fans in Asia, especially in Bangladesh and Pakistan. In the Arab world, DW's digital contents reach more than nine million users per week; in Europe it is more than six million.

The figures are the results of an extrapolation drawn from more than 90 studies with 250,000 participants from more than 60 countries. DW's Market and Media Research department also took into account user figures regarding DW platforms including apps, Facebook and Twitter, as well as partner platforms.