The death toll from an explosion at a Chinese auto plant has risen as investigators blamed poor safety standards for the blast. The accident was the country's most deadly industrial accident in a year. 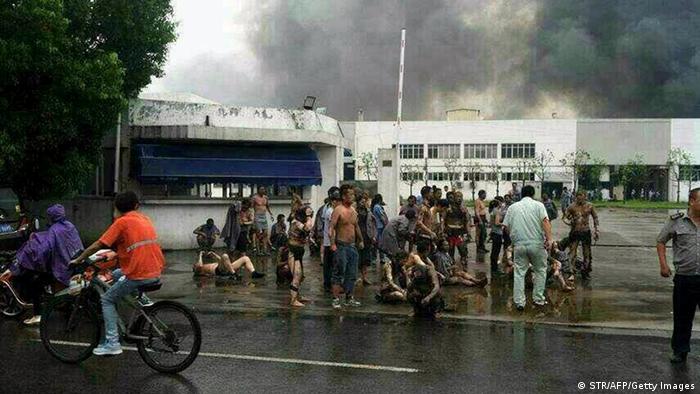 An explosion in a Chinese factory where wheel hubs were polished has killed at least 75 workers and injured 185 in the city of Kunshan in China's eastern Jiangsu province, China's work safety chief said Monday.

Quoting the head of China's state administration of work safety, Yang Dongliang, Chinese state media reported the explosion at the Kunshan Zhongrong Metal Products Co Ltd factory was likely triggered by a spark that had ignited a dust-filled room.

State broadcaster CCTV said more than 200 workers were at the factory when the explosion occurred early on Saturday morning.

Kunshan Zhongrong's core business is electroplating aluminum allow wheel hubs. According to the company's website, its customers include General Motors and other US companies.

"There was no cleaning of accumulated dust every shift at a set time, which caused dust to exceed limits," work safety chief Yang was quoted as saying.

Yang did not specify what might have ignited the dust, but said machinery at the plant lacked safety devices which might prevent explosions.

The blast was China's most serious industrial accident since June last year, when 119 workers were killed in a fire at a poultry plant in the northern province of Jilin.