Convinced any changes they make to their lifestyle would be a victory for terrorists, Americans have resisted altering their daily lives in the five years following the Sept. 11 terrorist attacks. 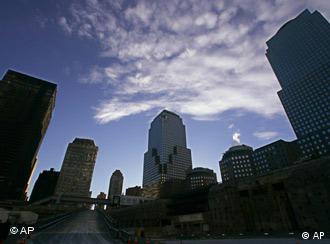 Americans have not undergone the drastic changes seen at Ground Zero

The hijacking and fatal crash of four passenger planes, resulting the death of nearly 3,000 people, was an awakening to the danger terrorism posed to Americans as it was the first terrorist attacks on American soil. But Sept. 11 has had little effect on people's daily lives, according to David Altheide, a sociologist at Arizona State University.

"US citizens have not altered their daily lives a great deal, except that they are more aware and careful of others and have heightened concern about criminals and immigrants," he said, adding that foreigners and people of different religious and ethnic backgrounds are also among the "others" Americans are giving a cautious look. 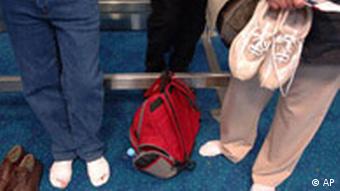 Air travelers are getting used to having their shoes x-rayed

Whether at home, work or traveling, the US Department of Homeland Security, a government office created in the wake of 9/11 -- as the Sept. 11 attacks are referred to in the US -- to coordinate the country's internal security, has told Americans to remain aware of the potential danger posed by objects they took for granted six years ago.

It is only when they enter an airport and have nail clippers and hair gel confiscated as weapons that many Americans are confronted with an environment that has dramatically changed since Sept. 11, 2001. But even that quickly became routine: Fear of flying rose directly after the attacks but declined again within weeks, according to poll taken in 2002 by Public Opinion Strategies.

Alarm has diminished with time

In most other aspects of American life, five years without a second terrorist trauma in the United States have brought a sense of composure to America that the government's warnings cannot shake. 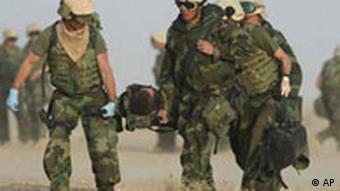 "In the three years following 9/11, the government's frequent terror warnings led Americans to get decreasingly alarmed by information indicating the likelihood of future attacks," said Robb Willer of University of California, Berkeley.

The passage of time also allowed for other topics to take the spotlight from fighting terrorism inside the United States, said Mathieu Deflem of the University of South Carolina.

Surveys conducted at the end of 2001 and in 2002 also showed that Americans said dealing with employment, the economy and health care was as important as terrorism and security. In a June 2006 poll, 24 percent of American said the war in Iraq was the most important issue facing the country while terrorism came in sixth place with 8 percent.

"Initially, it was all about the attacks on that day, then other issues came in," Deflem said. "The immediacy of the specific events of 9/11 has moved a bit to the background." 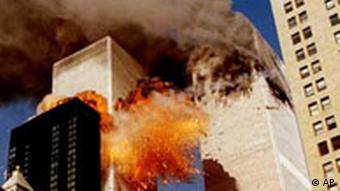 Images of Sept. 11 are still very clear in American minds

Still, experts agree the shock felt when the World Trade Center's twin towers collapsed has become a part of the American psyche. But Americans are unwilling to change their lives to accommodate terror threats, according to David Schanzer, director of the Triangle Center on Terrorism and Homeland Security.

"Americans continue to resist change their lifestyle in response to terrorist threats," he said. "After Sept. 11 the president told people not to change the way we live, that doing so would be giving the terrorists a victory."

Though they are reluctant to make changes in their daily lives, the feeling that the world has become more dangerous than it was before 9/11 has increased, and a growing number of Americans looking find ways of creating a personal sense of protection from all types of crime, including terrorism, Altheide said.

"Americans are more 'armored' than ever before," he added. "They are more likely to live in gated communities, support surveillance-cameras, private security patrols, drug testing. They drive large SUV autos and carry weapons or mace." 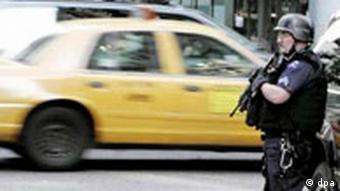 Armed police are a more common sight on US streets

An increased sense of fear as well as terrorist attacks in Madrid and London, among other places, have also widened Americans' view of terrorism from a direct affront on American culture to a global danger, Deflem said.

"Americans generally have no sense of the world, only of their own world in the US, but 9/11 has changed that," he said. "In the light of the war in Iraq and bombings in Madrid and the UK and foiled plots, Americans are beginning to realize that the problem will not easily go away and are generally less optimistic about the possibility of a straightforward solution."

Five Years On: How Sept. 11 Changed the World

Click here to return to DW-WORLD.DE's special dossier on the fifth anniversary of Sept. 11.

The thwarting of a plot in Britain to blow up aircraft in mid-flight has underlined the need for Europe to stay both tough and vigilant when it comes to fighting terrorism, according to security experts in Germany. (Aug. 11, 2006)

DW-WORLD.DE talked with New Yorkers working near the Twin Towers about what that day was like, how things have changed since then.

US President Joe Biden held a silent tribute at the World Trade Center site, attended a memorial ceremony in Pennsylvania and visited the Pentagon. Other world leaders sent messages of sympathy.