Voters in the Czech Republic are going to the polls in a snap election forced by the collapse of the country’s previous government. Opinion surveys indicate that voters could be set to complete a swing to the left. 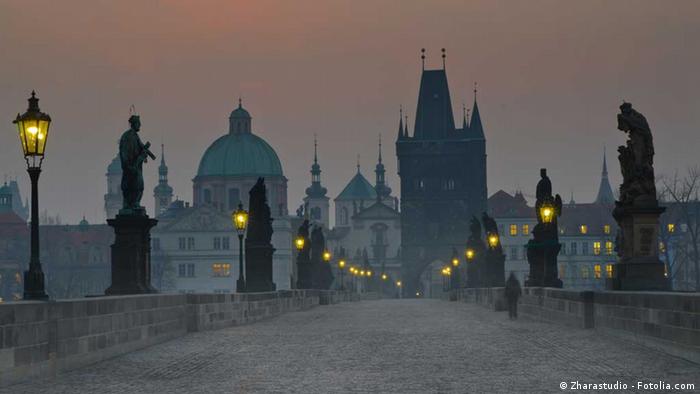 The most recent opinion surveys published before polling stations opened this Friday suggested that the Social Democrats would likely emerge from the two days of voting as the largest party, but would also fall well short of winning a majority.

That would complete a swing to the left following the election of Czech President Milos Zeman in January, when voters reacted to a decade of austerity and scandals under the right-wing eurosceptic Vaclav Klaus.

Skeptics have expressed fears that a further swing to the left could tempt the Social Democrats to give the Communist Party some kind of role in a new government.

The leader of the opposition Social Democrat (CSSD) party Bohuslav Sobotka has ruled out entering a formal coalition with the Communists, but he has said he could form a minority government with their tacit support in the 200-seat parliament.

The latest survey indicated 26 percent voter support for the opposition Social Democrats and 18 percent for the Communists.

Unlike communist parties in many other former eastern-bloc European countries, the Czech Republic's Communist Party has hardly softened its hard-line policies since falling from power more than two decades ago. The party advocates pulling the Czech Republic out of the Western military alliance NATO and maintains friendly ties with the communist regimes in Cuba, China and North Korea.

No confidence in Czech PM

The Czech Republic continues to find itself in a political crisis. Parliament has voted against one government but can't yet form another. Meanwhile, experts are concerned about the president's power trip. (08.08.2013)

The prospect of the Communists getting at least a tacit role in supporting a future government has sparked protest. The most prominent comment has come from Czech artist David Czerny.

He produced a huge purple sculpture of a hand making an obscene gesture, which has been floating in the Vltava River, which flows through Prague.

Analysts will also be following the results closely to see how much support the upstart populist ANO party, led by Slovakia-born farming tycoon Andrej Babis will do. Recent opinion surveys have given the party more than 15 percent support.

This weekend's snap elections were forced by the fall of the center-right coalition government led by then-Prime Minister Petr Necas over a corruption scandal back in June. A technocrat government subsequently appointed by the president to take the country through to the next regularly scheduled election in May failed to win a confidence vote in parliament.