All the world's a stage, and the world has stages all over. On March 27th, activities across more than 100 countries celebrate the importance and the power of the dramatic arts. 2018 is also a special anniversary year.

The idea came from Finland. At the 9th World Congress of the International Theater Institute (ITI) in Vienna in June of 1961, a proposal to establish a World Theater Day was put forward, backed by the Finnish delegation and other Scandinavian ITI centers. Other countries greeted the proposal with great enthusiasm.

March 27th was set as the yearly date, tied to the opening of the "Theater of Nations" season in Paris the following year. World Theater Day has since been celebrated annually with special events and attention-raising public activities, both in nations with ITI centers but also in countries without the theatrical institutes.

"This day is a celebration for those who can see the value and importance of the art form," the World Theater Day homepage reads. The day "acts as a wake-up-call for governments, politicians and institutions which have not yet recognized [theater's] value to the people and to the individual and have not yet realized its potential for economic growth."

To get the message of theater's importance across, a celebrated figure in the theater scene is selected every year to deliver remarks that get circulated worldwide. Past messengers have included French playwright Jean Cocteau, American playwright Arthur Miller, British actor Lawrence Olivier, Chilean writer Pablo Neruda, and Czech writer Vaclav Havel, among many others. 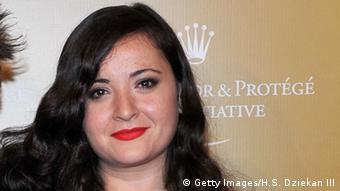 This year, to celebrate the ITI's 70th anniversary and "to underline the cross-cultural and international aspect of theater," five individuals have been selected to write the message, one from each of the UNESCO regions of the world.

The 2018 messengers are theater director Ram Gopal of India (Asia Pacific region); director and performer Maya Zbib of Lebanon (Arab region); actor and writer Simon McBurney of the UK (Europe); playwright and journalist Sabina Berman of Mexico (The Americas); and writer and artist Were Were Liking of the Ivory Coast (Africa).

In her message, Zbib describes theater as "an invitation to individuals to become a collective, to share ideas, and envision ways to divide the burden of necessary actions … Through the power of storytelling and imagination theater gives us new ways of seeing the world and each other; opening up a space for common reflection amidst the overwhelming."

The texts of all five messengers are available to read on the World Theater Day website.

The world's most famous theaters and opera houses

On World Theater Day we look at some of the world's outstanding theater and opera houses. From ancient Greece's amphitheaters to Sydney Opera House's nesting arches, theaters have defined our landscapes for millennia. (27.03.2018)