Croatian hooligans up against a soccer mafia | Europe | News and current affairs from around the continent | DW | 24.06.2016

Croatian hooligans up against a soccer mafia

Strange scenes have been witnessed at the Euro 2016: Croatian soccer fans have been fighting against their own national team. Behind this all is a history of violence, corruption and a godfather of soccer. 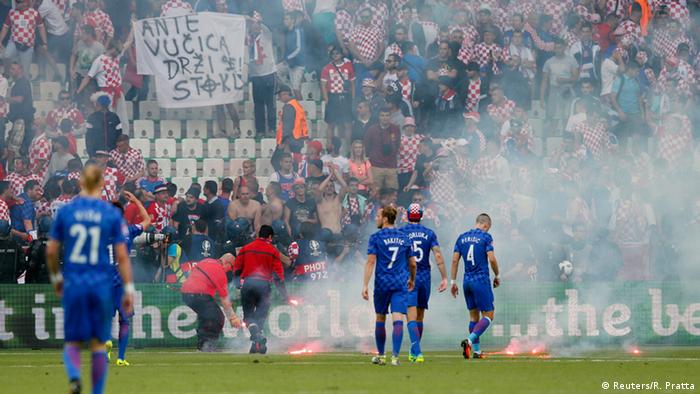 Suddenly there was a hush over Jelacic Square in the center of Zagreb: Around 20,000 soccer fans who had gathered to watch the game at the largest public viewing venue in the Croatian capital were speechless when they saw the images on the giant screen. In the 86th minute of the match, when Croatia was leading 2 -1 against the Czech Republic, Croatian fans sent fireworks, flares and missiles flying onto the pitch. After that, a brawl among Croatian fans broke out. Zagreb and all of Croatia could not believe their eyes: Croatian soccer hooligans were intentionally trying to force an interruption of the match so that the Croatian national team would be sent home. A soccer party had turned into a nightmare.

It didn't really come as a surprise. Days before the match, the Croatian press wrote about the ultra's intention to start a brawl and interrupt the match in St. Etienne, so that UEFA would penalize the Croatian Soccer Association. Those involved in the incident were apparently known hooligans on a list that was sent to France. 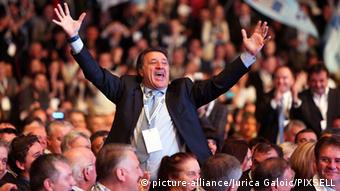 A cancerous growth in Croatian soccer

One name recurred in all of these reports: Torcida. It is one of the fan clubs of the tradition-steeped soccer club Hajduk from the southern Croatian city of Split. This ultra group has been openly warring against Zdravko Mamic, the strongman of Croatian soccer. He is seen as a "soccer godfather" who has close connections to politicians, members of the justice system, police and media. He has been accused of controlling the Croatian soccer association, the league association and the referee association.

Furthermore, it is said that he has taken Dinamo Zagreb, the soccer team in the city's capital, and made it his own. Many feel that Mamic treats this traditional and nonprofit association as a family business and abuses it as a money-making machine. His brother Zoran, once a professional soccer player at Germany's Bayer Leverkusen, was sport director and trainer at Dinamo for a long time. High-ranking Dinamo officials often and seamlessly switch to the national association. The German press calls Zdravko Mamic a "cancerous growth." 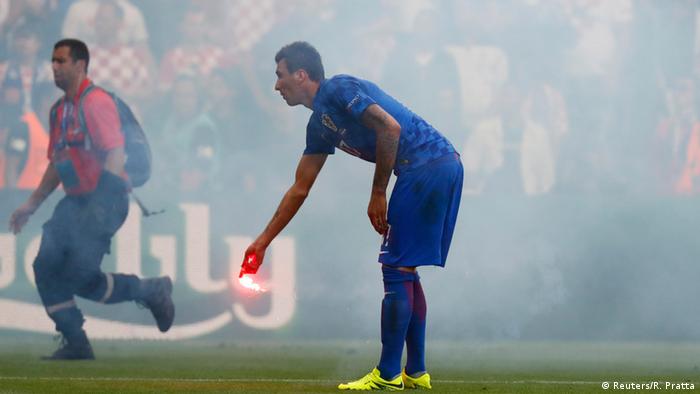 A Croatian player tries to throw a flare off the field

USKOK, the Croatian State Prosecutor's Office for the Suppression of Organized Crime and Corruption, shares this view. The authority charged Zdravko Mamic, his brother Zoran, and Damir Vrbanovic from the Croatian Soccer Federation with embezzlement, tax evasion and bribery. The trio has been accused of pocketing lucrative international transfer fees, thus causing at least 15 million euros in damage to Dinamo Zagreb. The Torcida ultras and many other soccer fans feel anger and disappointment over his wheeling and dealing.

Meanwhile, people are convinced that Mamic and his clique have not only "stolen" Dinamo, but the entire national team as well. Mamic appointed current coach Ante Cacic, a previously a little-known and internationally inexperienced coach in Croatia, and his own players to the national team. Apparently, this is how he wanted increase their value on the international soccer market, from which he would personally benefit handsomely. Many Croatians are certain that even the president of the Croatian soccer association, Davor Suker, Croatia's World Cup hero of 1998, is nothing more than a straw man for Mamic's schemes. 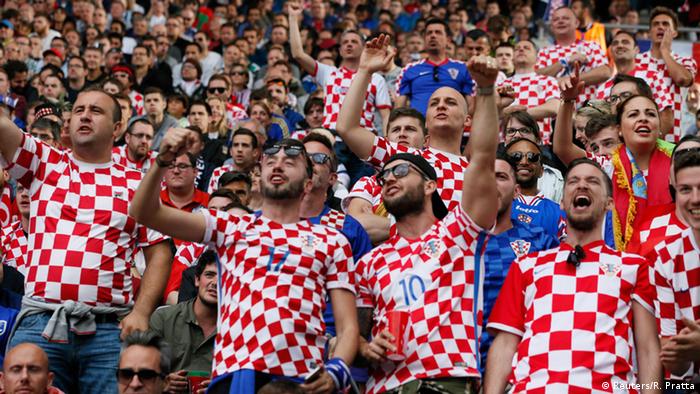 Croatian fans at the match against the Czech Republic

Since the numerous protests and boycotts have been of no avail, many fans have given up and turned their backs on soccer. The stadiums in Croatia are empty; the league is considered weak and uninteresting. Only the hard core of ultras and hooligans expresses its disappointment to the best of its ability: with provocation, riots and violence. The reasoning behind it is that, in order to fight against corruption and all the Mamices of soccer, they will have to hijack the whole nation. The idea is to provoke FIFA and UEFA penalties until structures change. 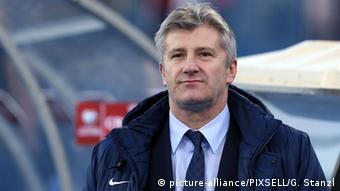 And so it came to the absurd war of soccer fans against their own national team. Every appearance by the "Fiery Ones" - as the team is known in Croatia - has been accompanied by riots. Anything goes. Fans set off flares in the stands and picked fights with other fans. They chanted racist or fascist slogans and once burned a swastika into a pitch.

International soccer authorities always responded promptly. The Croatian soccer association has paid over a million euros in fines; the team has often played in an empty stadium and even a point was deducted in the Euro 2016 qualifications for the swastika. The upcoming home qualifiers for the World Cup 2018 will also take place behind closed doors, as will one qualifying match for the Euro 2020.

Hooligans in the VIP lounges

There is no end in sight to the conflict. Zdravko Mamic seems to be firmly established. His supporters in political, legal and business circles as well as in the police force won't drop the clever fundraiser. At the same time, the ultras and hooligans have announced that they will fight until "the final victory."

The next match is approaching: On June 25, Croatia faces Portugal in Lens in the first knockout round of Euro 2016. Once again, 20,000 spectators are expected on Jelacic Square in the center of Zagreb. Croatian media are worried. "Croatia fears new violence – new excesses have been announced," wrote a sports paper. If the hooligans manage to get into the stadium despite the tough stadium controls, they could succeed this time. UEFA has stated that after the mild penalty of St. Etienne, the Croatian team would be sent home the next time there is trouble.

My picture of the week | Against hooliganism at Euro 2016

An 87th minute Ivan Perisic winner knocked Spain in to second in Group D, sealing a 2-1 win for Croatia after Sergio Ramos missed a penalty. Croatia are top while Turkey’s win over the Czech Republic gives them hope. (21.06.2016)

UEFA have issued Croatia with a 100,000 euro fine after crowd trouble marred their 2-2 draw with the Czech Republic on Friday. UEFA have also imposed restrictions on the sale of tickets to known hooligans. (20.06.2016)

On Friday, Czech Republic overturned a two-goal deficit against a dominant Croatia to earn a 2-2 draw. The match turned after trouble from the Croatian fans forced the game to be stopped before a dramatic finish. (17.06.2016)