The inventor of the McDonald's Big Mac burger, the poster child of American fast-food, has died. McDonald's has confirmed Michael "Jim" Delligatti died Monday in his Pittsburgh home, aged 98. 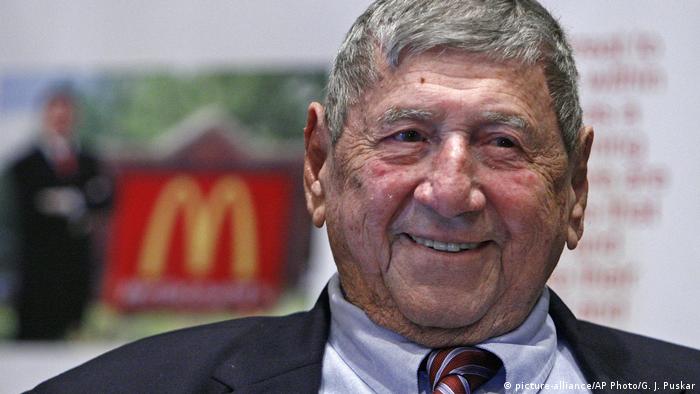 Michael "Jim" Delligatti came up with the idea for McDonald's flagship Big Mac burger almost 50 years at his franchise in Uniontown, Pennsylvania, and went on to see it become a cultural icon and one of the world's best-known fast food items.

"Delligatti was a legendary franchisee within McDonald's system who made a lasting impression on our brand," the franchise said in a statement on Wednesday. "We will remember Jim as an insightful franchisee, a knowledgeable businessman." 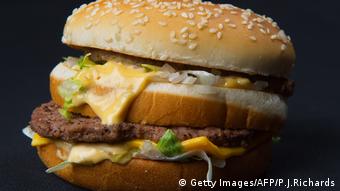 Sales have slowed in recent years for McDonalds' Big Mac

Recounting the story of how he came up with the Big Mac in 1967, Delligatti said he simply wanted to offer customers a larger burger.

The Big Boy restaurant chain's flagship burger had two patties on a three-layer bun with lettuce, cheese and a "special sauce" that was little more than thousand island dressing. Available since 1937, it was twice as big as a McDonald's hamburger, which then came in only one size. The Big Mac closely followed the Big Boy template, even down to the name.

Speaking to the Associated Press in 2006, Delligatti recalled that McDonald's initially resisted the idea because its original lineup of hamburgers, fries and milkshakes was selling well. "They figured, why go to something else if [the original menu] was working so well?" Delligatti said.

When he did finally get permission to try his new enlarged burger, demand reportedly exploded and sales jumped 12 percent. The Big Mac soon spread to the rest of his 47 franchises in Pennsylvania. A year later it was added to the chain's national menu and soon became McDonald's flagship product.

"This wasn't like discovering the light bulb," Delligatti said. "The bulb was already there. All I did was screw it in the socket."

Delligatti's son, Michael, said his father was often asked why he called the burger the Big Mac, "and he said because Big Mc sounded too funny."

However, the Delligatti family is currently locked in a dispute with McDonald's over the source of the name - despite the seemingly obvious Big Boy link.

In 1985, the franchise honored Esther Glickstein Rose, then a secretary for the company's advertising department, for coming up with the name after others, like the Aristocrat, failed to catch on with customers.

The chain has since gone on to sell billions of Big Macs in more than 100 countries since. As the flagship burger turned 40, McDonald's estimated that it was selling some 550 million Big Macs a year worldwide, or roughly 17 every second.

The product is essentially the same all over the world, leading the Economist magazine to introduce the light-hearted Big Mac Index, which measures the purchasing power of currencies based on the average price of a Big Mac in different countries.

However, sales have slowed recently, with many younger "millennial" consumers reportedly opting for healthier alternatives over fast food.

According to his son, Delligatti ate at least one of the 540-calorie McDonald's burgers a week for several decades.