Hollywood has turned the idea of de-extinction into blockbusters, with the newest dinosaur movie just around the corner. But some scientists say creating new dino-like animals could be reality - someday. 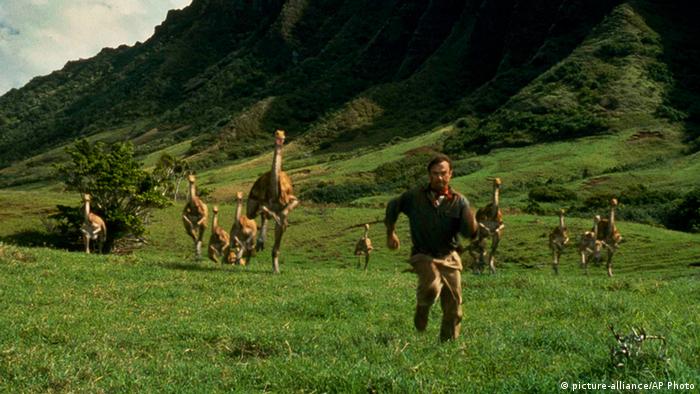 "Welcome to Jurassic Park!" These words, spoken by Richard Attenborough's character John Hammond, set in motion a great adventure for millions of moviegoers when Steven Spielberg's blockbuster "Jurassic Park" was released in 1993. All over the world, the movie about a dinosaur theme park gone horribly wrong sparked fantasies about bringing the giants back from extinction. 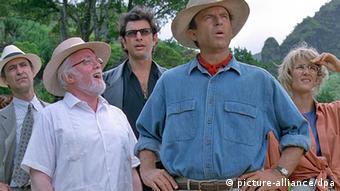 The June release of "Jurassic World," the fourth film in the series, will likely restart dinosaur mania. But is the idea of de-extinction really just a crazy movie plot - or could T-Rex and Brontosaurus one day roam the earth again?

To get the elephant in the room out of the way first: engineering dinosaurs the way fictional scientists did it in "Jurassic Park" is mere science-fiction right now. Pulling dino-blood and DNA from ancient mosquitoes preserved in amber "won't work," said paleontology professor Jes Rust of Bonn University.

"The cut-off point for DNA we can still read or use today is a couple of hundred thousand years," Rust, who has also published a book about fossils and evolution, told DW. "Under the best of circumstances, maybe we could reach 1 million years. That's very far away from dinosaurs" which went extinct roughly 65 million years ago.

While Rust and his colleagues have found amber with completely preserved ancient insects, he said it is impossible to still find readable dinosaur DNA today.

"You can think of it as pages disintegrating in an old library over time," explained George Church, a professor of genetics at Harvard Medical School. "You get smaller and smaller fragments and you can't piece them together anymore."

But Church said he won't rule out the possibility that some day someone will achieve the feat that was made to seem so simple in Michael Crichton's original "Jurassic Park" novel.

"You have to be careful when saying something doesn't work - that doesn't mean it will never work," Church told DW. "After all, scientists have gotten more and more skillful. They went from the oldest DNA that you could recover being a few months old to hundreds of years old to thousands of years to now 700,000 years old."

From chicken to dinosaur

While using ancient dinosaur DNA to create a living specimen might be far off into the future, modifying living animals' DNA to recreate Jurassic life may not be as difficult.

The extinct giants are ancestors of today's birds. That's why, paleontologist Rust said, scientists could genetically modify birds' DNA to get something that's reasonably close to a dinosaur: "What could be done is something like a chicken with a beak that has teeth."

If you want something taller, go for the ostrich. That's another bird whose DNA could be manipulated so that the new hybrid would for example also have a tail, and faintly resemble a larger-scale velociraptor, the intelligent predator from the "Jurassic Park" movies.

"You could make a dinosaur-like creature," Church agreed. "A large-scale bird with teeth and claws for hands, something that has the look and feel of the real thing."

Return of the woolly mammoth

Right now, though, the Harvard geneticist is working on another major de-extinction project. If he and his colleagues succeeded, a subsequent theme park would have to be called "Pleistocene Park." Church hopes to bring back the woolly mammoth.

The last specimen of the Asian elephant's close relative disappeared roughly 4,000 years ago, which is recent enough for recovered DNA to still be readable. 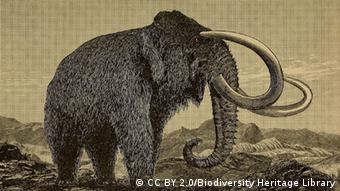 "Mammoths aren't even pushing the 700,000-year-barrier," said Church, who called the de-extinction of the mammoth a reasonable fantasy. "There are mammoths everywhere from 4,000 to 40,000 years old. And we are finding lots of frozen specimen, because the tundra is melting and so they get exposed with each new melted meter of ice."

The plan is not to recreate an exact copy of the woolly mammoth. Instead, Church and his colleagues are looking to merge mammoth and elephant DNA to create a hybrid - an improved elephant, if you will.

The researchers have already managed to make 14 changes to the elephant genome, including woolly fur, a thicker subcutaneous fat layer and smaller ears, all directed at making the new animal better able to survive in colder climates.

"The goal is to help maintain the endangered elephants by extending their habitat to Siberia and northern Canada," Church said. "We'll enhance the possibility that elephants, as a family, will survive."

The experiments, however, have taken place in their lab and so far, no actual elephant-mammoth hybrids have been created.

Should it be done?

Critics of de-extinction have said that projects like Church's, or the idea of manipulating bird DNA to create dinosaur-like creatures, are unnecessary and cost a lot of money that should better be spend elsewhere.

"I'm not a fan of it, because we have enough to do with trying to preserve the biodiversity we still have," paleontologist Rust said. "And even if we created a bird-dinosaur hybrid, it would always remain a curiosity, a singular monster. What use is there in that?" 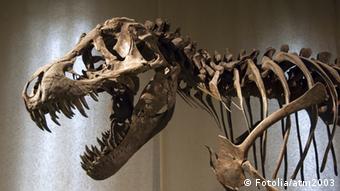 For dinosaur enthusiasts, it's not necessarily a strict question of use. The idea of seeing the giants again, and not just in skeletal form, holds a deep lure. There might only be a minuscule chance that it will ever happen, but that just makes getting there more of a challenge. After all, de-extinction is in no way illegal. "I don't know of any law or religion that says we shouldn't recreate dinosaurs," Church said.

There is one thing, though, that he would do different than John Hammond and those who brought his idea to completion and opened the dino-theme park in the upcoming "Jurassic World" film.

"I think we should stay away from carnivores for a while," Church said with a laugh. "And I think you'd want to have a park in physical containment, very, very far away from people."

Over millions of years animals have gone extinct, species have been driven out of their habitats and forests have disappeared. But how are conservationists and geneticists trying to re-establish what has been lost? (09.12.2014)

Richard Attenborough, one of the most familiar faces in the British arts, has died aged 90. During a six-decade career, Attenborough appeared in many major Hollywood films and was also an acclaimed director. (24.08.2014)