Corruption in the Vietnamese healthcare system | Asia | An in-depth look at news from across the continent | DW | 04.11.2011

Corruption in the Vietnamese healthcare system

Patients in Vietnam can expect to pay a month's wage or more in bribes for decent healthcare treatment, according to a report. Though the government is taking steps against it, many say one just has to 'get used to it.' 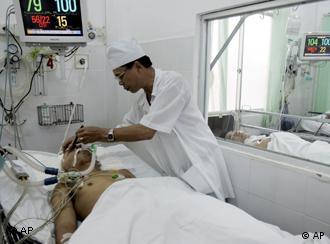 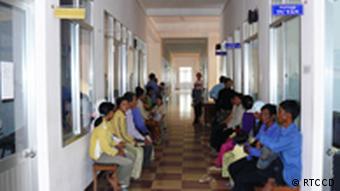 Patients pay good money to jump up on the waiting list

Informal payments are often a prerequisite for receiving medical treatment and for cutting time spent in waiting rooms, which can easily be up to six hours. The payments become a regular occurrence as patients want to ensure they are getting the best treatment for their money, according to the TI Global Corruption Barometer 2010.

Services for nurses and orderlies cost around two US dollars and an operation can cost anywhere from 50 to 150 US dollars extra. Services for terminally ill or badly injured patients are much more expensive, according to the TT report. Yet the average monthly income of people in Vietnam is around 100 US dollars.

Members of Vietnam's middle class are usually stuck with the burden of paying bribes to health workers as the poor usually cannot afford to pay anything and thus go untreated and the rich have enough money to go abroad, for example to Bangkok or Singapore, for treatment. Stefanie Schmitt of Germany Trade & Invest is based in Hanoi and believes the trend is obvious. 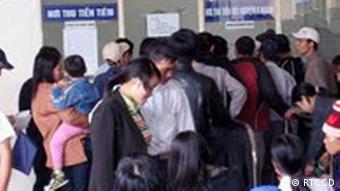 She also notes that even those who can afford treatment often do not receive the medicine and therapy they need because there is a "massive deficiency in capacity.” She adds that there are far too few beds and that hospitals usually have to plan three to four people for each bed every day. Furthermore, the infrastructure is outdated, the staff is "chronically overworked” and there is often times not enough medicine to go around.

Thaveeporn Vasavakul's study on corruption in Vietnam's healthcare system comes to similar conclusions. Vasavakul worked as a government advisor for healthcare in Hanoi in 2009 and says that extremely low pay is one factor that pushes hospital staff to demand bribes. Doctors, she concludes, often find themselves in situations of conflicting interests; many doctors working at hospitals barely earn enough money to make ends meet, so many of them also find themselves having to run private practices in addition.

The attitude of many middle class patients contributes to the corruption; many people expect better treatment for more money. Stephanie Chow of Towards Transparency believes that is why the fine lines between fees, tips and bribery are blurred. Chow even sees the danger of bribery developing into a social norm in the health sector. 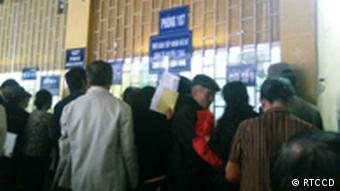 Hospitals have to start fighting corruption

The government has acknowledged the problems and taken steps to curb the rampant corruption in Vietnamese healthcare facilities. Hospitals have started posting signs reminding people that bribery is illegal and they have been ordered to take disciplinary action against perpetrators. Large hospitals have now installed boxes for anonymous complaints.

Despite the new measures taken to fight corruption, Chow believes they have been of little help. There have been few reports of complaints and disciplinary measures taken by hospitals. When asked about the situation, many of the patients say you just have to get used to it.

US and Vietnam start cleaning up Agent Orange

Over 50 million liters of a harmful defoliant called Agent Orange was sprayed by US military forces over Vietnamese forests during the Vietnam war. More than three million Vietnamese have suffered the effects. (20.06.2011)