Corporate cyber attacks on the rise in Germany | Business | Economy and finance news from a German perspective | DW | 25.02.2015

Corporate cyber attacks on the rise in Germany

Leading German IT association Bitkom has warned against a growing number of cyber threats, particularly for small and medium-sized companies. It says precautionary measures were often not up to the mark. 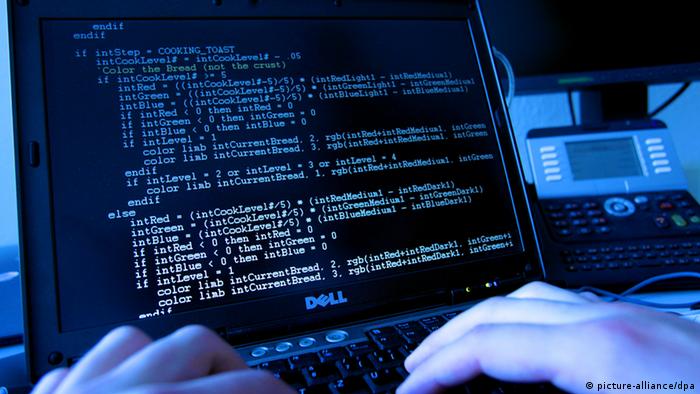 Almost one in three companies in Germany had been the target of attacks on in-house IT infrastructure over the past two years, the Federal Association for Information Technology, Telecommunications and New Media (Bitkom) reported on its website Wednesday.

It said its most recent poll among close to 500 firms with a workforce of at least 20 employees had revealed that cyber threats were increasingly becoming a headache particularly for small and medium-sized companies often lacking the resources and manpower to put in place adequate IT security structures.

"German companies have become an attractive target for cyber criminals and foreign intelligence services," Bitkom President Dieter Kempf said in a statement. "In the face of that, it's crucial for firms to keep their security measures up to date and invest more in mechanisms to ward off potential threats."

Kempf noted that about 40 percent of all attacks registered had been Internet-based, while the majority of encroachments occurred through leaks inside the companies polled, meaning that attacks were launched in-house by former or current employees who stole sensitive data directly or through the infiltration of malware-infected software.

Cyber Attacks: How damaging are they for the economy?

How damaging are cyber attacks for the economy?

Although large companies registered a higher number of attacks on their IT systems, the damage done was reported to be less dramatic as those firms were generally better equipped to thwart the plans of cyber criminals.