Condom Plans Cancelled at Youth Fest | Germany | News and in-depth reporting from Berlin and beyond | DW | 11.08.2005

As 400,000 Catholic young people from around the world prepare to make their way to Cologne for World Youth Day, a spat over condom distribution has erupted. 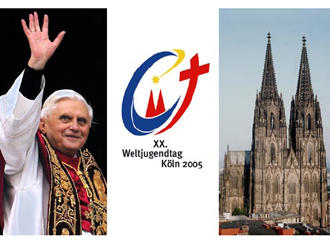 "We don't want to offend anyone," a GdP union spokeswoman told AFP, explaining that the decision had been a "question of sensitivity" in light of the Vatican's objections to condom use.

The plan involved police officers deployed at the event in Cologne passing out condoms, as the union commonly does at large public gatherings the police are asked to protect.

The spokeswoman said the decision was made after the union's representative for youth had received complaints and threats of protests from Church leaders.

Similar pressure has tied the hands of officials at a welcome center for pilgrims in Satzvey, about 30 kilometers (20 miles) southeast of Cologne, who had planned to make 200 condoms 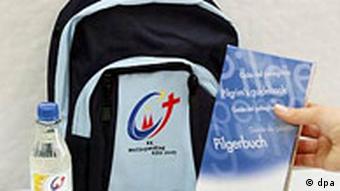 Everything a pilgrim needs

A local deacon, Peter Gebhardt, welcomed the decision, saying that organizers had now "distanced themselves" from the plans.

But the US organization Condoms4Life, waving the banner "Good Catholics Use Condoms" said it would not be intimidated.

The anti-AIDS group said it would hang posters in English, Spanish and German with the slogan in the subway next to Cologne's landmark cathedral.

Asked about the controversy, event spokesman Matthias Kopp expressed annoyance that the question of contraception had drawn outsized attention in the run-up to the event. 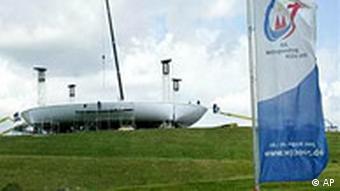 "There are more important issues to discuss instead of presenting this one in such a provocative way at the World Youth Day," Kopp said.

Some 400,000 young pilgrims from more than 190 countries are expected at the August 16-21 event, which Pope Benedict XVI is to attend along with hundreds of thousands of Germans.

Cashing in on Christianity in Cologne

Come next week, the German city of Cologne will be bursting at the seams as it plays host to some 800,000 pilgrims in town for World Youth Day. Local businesses are rubbing their hands in anticipation. (Aug. 10, 2005)

Illegal immigration fears have hindered some visa requests by young Catholics planning to attend the World Youth Day in Cologne. The organizers are working with the German foreign ministry to resolve the issues. (Aug. 8, 2005)

Hundreds of thousands of young people are expected to flock to Cologne in August to celebrate World Youth Day. But the Catholic Church event is already being overshadowed by the threat of terrorist attacks on civilians. (July 31, 2005)