Concerns Mount Over Nuclear Energy After Series of Scares | Europe| News and current affairs from around the continent | DW | 27.07.2007

Irregularities at nuclear reactors in Germany and Japan in recent weeks have rekindled safety fears and raised tough questions about nuclear energy amid increasing environmental concerns. 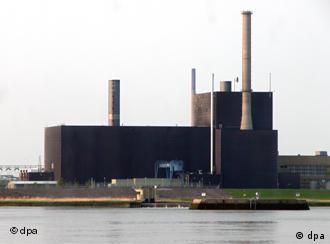 The nuclear plant at Brunsbüttel in the northern German state of Schleswig-Holstein is now the world's safest. It's not surprising considering the reactor was shut down following a technical irregularity earlier this month.

The problem at Brunsbüttel, one of 17 nuclear reactors in Germany, is by no means the only mishap in recent months that has increasingly called the safety of atomic power into question.

Earlier this month, an earthquake caused leaks at a reactor in northwestern Japan and led to low-level radiation, reviving fears about nuclear safety, and the closure of the Brunsbüttel plant in Germany followed a fire at another reactor close to Hamburg.

Around the world, there are 438 nuclear plants currently in operation. The majority are in industrialized nations -- 104 in the US, 59 in France and 31 in Russia.

How dangerous were the incidents?

Despite the recent slew of incidents at nuclear power stations, the International Atomic Energy Agency (IAEA) said the errors in Germany, Sweden and Japan were exceptions and certainly did not pose a danger.

That's a view echoed by Klaus Kotthoff of the GRS group, an independent nuclear assessment and research organization.

While there is no technology that's free of errors, Kotthoff pointed out that nuclear power plants are subject to a range of registration procedures and measures aimed at managing irregularities -- as was the case at two nuclear plants in Germany earlier this month. 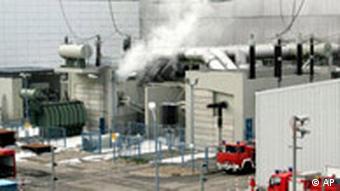 "I believe these incidents were not noteworthy from a technical security point of view," Kotthoff said.

Critics of nuclear energy, however, don't buy the argument. Henrik Paulitz of International Physicians for the Prevention of Nuclear War (IPPNW) said the recent German incidents were dangerous.

"The reactor protection system was activated. That only happens in serious cases," Paulitz said, adding that they weren't isolated cases.

There are several nuclear incidents in Germany about which the public is not sufficiently informed, he said. The information that is released is mostly "incomprehensible" and the controversial backgrounds are often concealed.

Experts remain divided about the safety of nuclear reactors.

While Kotthoff said German plants are generally considered the safest, a 1997 study by the Organization for Economic Cooperation and Development ranked the German nuclear power station Biblis B second to last in an international nuclear power plant comparison. Only the Maine Yankee plant in the US fared worse, and it's since been shut down.

But Paulitz said other nuclear power stations too aren't much better. 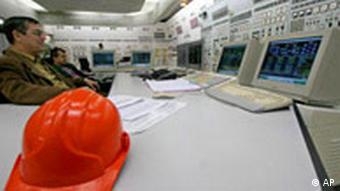 "An unfortunate mixture of technical problems and human error can at any time cause a major nuclear meltdown anywhere," he said.

The recent string of incidents comes at a time when nuclear energy seems to be undergoing somewhat of a revival. Considered one of the most cost-effective forms of generating electricity as prices of oil and gas rise, nuclear energy is largely favored by rapidly expanding economies in eastern Europe and Asia to meet their spiraling energy needs.

"The debates about climate change and reducing emissions also play a role here," said Alan McDonald of the IAEA. "And naturally, it's about securing production."

Nuclear energy production, however, remains problematic as most countries using nuclear energy need to import uranium. According to the IAEA, there are only 4.7 tons of economically viable uranium reserves worldwide. Given current levels of usage, experts believe stocks will only last for another 60 years. That would mean that uranium would be depleted faster than oil and gas reserves.

Experts also pointed to the unsolved problem of disposing nuclear waste, which remains radioactive for decades. 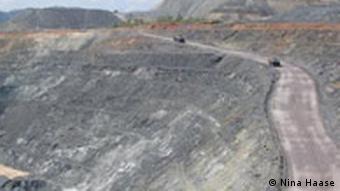 Experts estimate that uranium stocks will only last another 60 years

Paulitz said the environmental advantages of using nuclear energy are also limited since it only provides an estimated 1.2 percent of the world's energy needs. For nuclear energy to make a real difference in cutting greenhouse gas emissions, thousands of new reactors would have to be built, he said. That is hardly possible given the nuclear industry's low production capacity.

"It's only about sustaining energy production on this low level and maintaining the technology -- also because of interest in nuclear weapons," Paulitz said, adding that the world could easily do without this marginal energy source.

IAEA's Mcdonald said that security issues increasingly pose the biggest hurdle when it comes to using nuclear energy. The Vienna-based nuclear watchdog has set up an entire department to explore ways of preventing the misuse of nuclear materials and terrorist attacks on reactors.

"Terrorists who plant to blow up a nuclear reactor can do so with relatively easy means," Paulitz said. "Protecting against such attacks is just not possible."

"This Is the Acid Test for Climate and Energy Policy"

German Environment Minister Sigmar Gabriel spoke to DW-TV about the environmental successes of Germany's EU and G8 presidencies, the need for a new Kyoto Protocol and problems at German nuclear power plants. (17.07.2007)