Complainers of the World Unite -- in Choirs

It started off as an art project. Now groups of people in three continents are getting together to set their grievances, gripes and grumbles to music. Could this be the birth of a new type of protest culture? 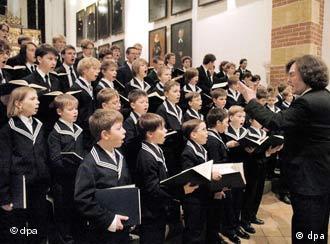 In contrast to traditional choirs like this one, musical ability isn't a must

Finnish-German duo Tellevero Kalleinen and Oliver Kochta-Kalleinen first came up with the idea of forming a so-called "complaints choir" two years ago. Now they are springing up around Europe and have taken off in North America and South Africa, too.

Kochta-Kalleinen's experience of living abroad first got him thinking about the phenomenon of moaning.

"I'm from Dresden originally, then I went to live in Hamburg and I later moved to Finland," he said. "It became clear that people complain everywhere, no matter what kind of system that they live in. We need to tap into this energy." 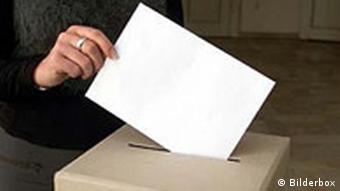 The Finnish language also played its part in inspiring the concept.

"My wife remembered the old Finnish word 'Valituskuoro' which means 'complaints choir,'" he said. "A teacher might use it when students are upset and grumbling about the amount of homework they are given. We decided to take this concept literally."

The first choir of this kind was in Birmingham, Britain's second city.

"We are artists and we were invited to go there to work by an art organization," Kochta-Kalleinen said. "They kept apologizing to us, saying that they were sorry that they couldn't invite us to somewhere more glamorous.

"We thought that's the place for us," he added. "They were really interested in the concept of a complaints choir."

Originally, it was intended to be a one-off, but then the Kalleinens got involved setting up in a choir in Helsinki.

"The thing developed its own dynamic after someone put videos of the performances in YouTube," Kochta-Kalleinen said. "It really took off. We've been getting inquiries from all over."

The artists have set up a Web site with instructions for setting up a choir -- from getting people to send in their complaints, to finding a musician to set the grumbles to music and then staging a public performance. 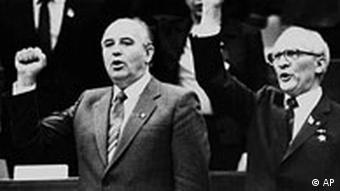 Singing can evoke a sense of solidarity. But the Kalleinens' concept fights shy of political instrumentalization

So what's the appeal of getting together with other people and really having a good bellyache?

"People can really identify strongly with the idea," Kochta-Kalleinen said. "We all know what it's like. Everyone likes doing it, but get annoyed if other people -- at work or at home -- do it too much.

"This is a way of coping with this," he added. "It's a cathartic experience. Usually when you complain nothing happens. The choir is the first step to getting away from this."

Kochta-Kalleinen said the phenomenon is difficult to categorize. It has a therapeutic element, as well as a political and an artistic dimension.

"The performances are an intervention in public space," he added.

Although moaning appears to be a universal human need, the type of complaints that people have can vary from country to country, city to city, choir to choir.

"I wouldn't like to say that the choirs are representative of any kind of national traits. But we did notice in St. Petersburg that the big theme of love featured heavily as well as existential anxieties and horror of the void, he said. 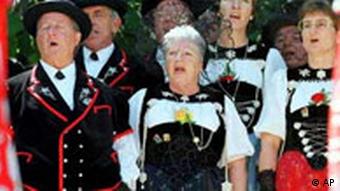 "In Hamburg the choir was very concerned with local politics and criticizing politicians," Kochta-Kalleinen said. "It was more aggressive. In Helsinki it's more difficult to generalize. Probably because it was the biggest choir and included everyone from teenagers to older people."

The singing skills and the varying motivations of choir members also differ.

"One person might have trouble with their neighbors, another is interested in singing," he said. "The choir is not designed to be an instrument to achieve something. That's the good thing about the project. The people decide themselves."

The latest choir to be formed is in the Hungarian capital Budapest. The 76 members are due to hold their big public performance in 14 days' time. Another is currently in the process of being set up in the Swedish city of Malmö.

The Kalleinens are also planning to get the ball rolling in Chicago, Singapore and Naples. After that they'd like to head to India.

"There's a big culture of complaint there," Kochta-Kalleinen said.

Being on the far-right fringe is 'in' these days -- at least in certain eastern German states. So the club, Culture on the Road, is stepping in, fighting intolerance, violence and racism through music. (23.07.2006)

Groups of people materialize out of nowhere on busy streets, engage in an inane activity and then disperse in a heartbeat. Sound strange? Flashmobs are the latest craze in Europe this summer. (19.08.2003)

get more information on the project's Web site